The Spirit of the Place

Al Qattara Arts Centre welcomes you to its latest exhibition The Spirit of the Place, featuring work by 12 UAE-based video artists.

The exhibition provides an immersive sensory experience that allows visitors to explore and enjoy the spirit of the city up-close through sights, sounds and personal stories about the people and places in Al Ain.

The exhibition opens on Thursday, 27 January and will remain on display until 16 May 2022.

Born in 19 Hamdan Hareb is an Emirati filmmaker based in Al Ain.

Hareb’s passion began in 2006 when he made his first short film for a competition on the MBC channel, called Movies in Motion. In 2008, he participated in the Al Ain Film Festival with a short film he directed and shot. He has worked with Al Ain Police, SEHA and Nikon Middle East and many other clients for commercials advertisements.

Hareb’s short films and media work can be viewed on his YouTube and Instagram channels.
Hareb graduated with a degree in digital media.

Hamda Salem is an artist and writer based in Al Ain.

A multi-talented individual, Salem combines her skills in art and writing, which is evident in her work, which is showcased in the exhibition, A Hint of Hope, at Al Qattara Arts Centre in Al Ain.
She also participated in the Sharjah International Book Fair in 2021, following the publication of her first book.

Salem graduated with a degree in art in mass communication from United Arab Emirates University.

A photographer and digital artist based in Al Ain, Humoud Mosabih Al Muqbali studied IT and forensics but that hasn’t stopped him from being an artist.

Al Muqbali’s art is inspired by the culture and heritage of the UAE and Arab world. He believes that the Arab culture is very rich in details that can sometimes be overlooked artistically, and feels that he has an advantage in showing these details in his art.

Al Muqbali has participated in many local exhibitions and hopes to showcase his work internationally as well.

Maitha Hamdan is a multidisciplinary artist who explores her art through different mediums such as performances and art installation. Hamdan enjoys dealing with fabric and textiles, and is the common foundation of her artworks and performances, which relate to her ideas about issues faced from social boundaries, religious understanding and narrative stories.
Hamdan is also a filmmaker, creatively directing her own work, as well as the works of other Arab writers. Aside from her art, Hamdan has worked with different organisations like Google, Mohamed Hilal Group, Federal Youth Authority, Dubai Artificial Intelligence Programme, Sheikh Zayed Housing Programme and Sharjah Girl Guides. She was also involved in the UAE Pavilion at Dubai Expo 2020.
Hamdan is a Sheikha Salama Emerging Artists Fellowship graduate. She was also part of the Azyami Program by Irthi Contemporary Crafts Council in 2019, and was a resident artist at the Cultural Foundation Art Residency Programme 2021.

Mohammed Humoud Al Dhaheri is an Emirati photographer, with a special interest in fine art photography.
His creative approach revolves around working with makeup and clothing to create striking portraits.
Unlike most photographers, his work doesn’t aim to convey a message, but to be admired for its aesthetically pleasing qualities. His works are known to be expressionless, with a retro approach to colours and details.

His work was chosen from hundreds of entries to represent the Swiss luxury watch and clock manufacturer, Vacheron Constantin, for a special edition watch celebrating the UAE’s Year of the 50th.
Al Dhaheri also actively participates in exhibitions across the UAE.

Al Dhaheri is currently an accounting student at the Higher Colleges of Technology.

Rashed Bin Taleb is a photographer and content creator based in Al Ain.

Bin Taleb began his career as a photographer using his Mobile device. He started creating videos in 2012, and eventually established himself as a videographer, storyteller and content creator.
He enjoys making video tutorials and reviews to share his knowledge and expertise with the wider public.
He is particularly interested in making videos about Emirati culture, such as falcon hunting and sporting activities, to show the beauty, values and ways of life in the UAE, and to preserve them as memories for the younger generations.

Bin Taleb has worked with the Department of Culture and Tourism - Abu Dhabi, SEHA and other various organisations.

When he’s not creating videos, Bin Taleb works in the Western Region as a nuclear engineer.

Bernard Jouaret is a photographer and videographer based in Dubai.

Jouret began his journey in photography and videography as a hobby, which soon evolved into a passion and a lifestyle. Jouaret won second place in the Dubai Police Work Environment Photography Competition in 2018 and also took part in the Vantage Point Sharjah 4 exhibition at Sharjah Art Foundation.

Jouaret graduated with a degree in Mass Communications from the University of Sharjah.

His work was selected for four international film festivals and has won more than six awards, including the People’s Choice Award. He received a scholarship to New York Film Academy and has more than 12 years’ experience in directing, filming, and editing videos.

Thamer Al Sayah is a Syrian writer and content creator based in Al Ain.

Al Sayah’s topics of interest centers around culture, heritage and the arts, with a particular focus on the visual arts and audio recording. As a videographer his work aims to document feelings and convey poetic messages. Al Sayah also works in the media sector as a TV presenter and voice over talent.
He is a member of the Handspeakers initiative, which raises awareness of and teaches Arabic sign language.

Al Sayah graduated with a degree in business administration and digital marketing.

Issam Fadel Yousef Akel is an artist and filmmaker based in Dubai.

Akel uses creative visual and interactive communication to express his clients’ brand values, often through ‘out of the box’ videos and short film content. He is commended for his creative approach and edgy style, which adds depth and humanity to his projects.

Akel graduated with a degree in fine arts from the American InterContinental University in Atlanta, USA, and a master’s degree in business administration from the University of Wollongong in Dubai.

Sameer Al Jaberi is a filmmaker based in Abu Dhabi.

Al Jaberi began his career by studying filmmaking and photography in the UAE, and then expanding to France, the U.K. and the U.S.A, where he was exposed to many different styles.
After attaining a bachelor’s degree in media production, Al Jaberi worked with twofour54 and the Abu Dhabi Film Commission for several years. He oversaw the locations department, assisting local, regional and international film productions in the emirate. He has worked with international productions such as 6 Underground, Star Wars: The Force Awakens, Deliver Us From Evil, Fast & Furious 7, Baby, Bang Bang, Top Gear, Wild Arabia, Al Ikhwa, and Hamam Shami.

Through these invaluable experiences, Al Jaberi honed his own skills as a filmmaker and storyteller. He is now an award-winning public speaker and was the first Emirati to win the District Toastmasters Annual Conference 2018 award for Humorous Speech.

Sarra’a Abdulaziz is an artist and filmmaker based in Ras Al Khaimah.
She is an experimental artist who enjoys exploring different mediums and expressing her unique, personal experience through her work.

Her film,Open Wound was the official selection at the 2015 Dubai International Film Festival (DIFF) and was distributed by BBC Arabia. Abdulaziz exhibited her collage work at the ProArt Gallery in Dubai in 2014, and her photography at Sharjah Art Foundation in 2016 and at Gulf Photo Plus in 2017.

Abdulaziz graduated from Zayed University with a bachelor’s degree in visual communications, which includes the art of photography and videography. She also has a master’s degree in screenwriting and directing, from NYU Tisch School of the Arts.

Sultan Al Yafei is a photographer and videographer based in Abu Dhabi.
His work specialises in landscapes and cityscapes. He also produces travel videos and advertising videos for corporate clients.
Al Yafei has taken part in photography competitions such as ‘Abu Dhabi Through Your Eyes’ and the Hamdan bin Mohammed bin Rashid Al Maktoum International Photography Awards (HIPA), for which he was sponsored by Dubai Police and received an award for his submission.

Al Yafei graduated with a degree in finance from the United Arab Emirates University in Al Ain.

Mana Al Marbooei is a photographer based in Al Ain.
Al Marbooei began his career as a documentary photographer in 2009 and then became a portrait photographer.
He recently began making travel videos and hopes to travel the world more to film the lives and cultures of people in different countries and to share his experiences along the way.

He has worked with the Department of Culture and Tourism - Abu Dhabi and SEHA on various projects.

He has extensive experience as an actor, filmmaker and TV presenter. He has directed, written and produced eight short films and has participated in many local, regional and international film festivals, winning several awards.

Al Neyadi has written one book, Al Jumaa Mashad Akhar, published by the Ministry of Culture and Youth in 2015.

He graduated with a degree in mass communications from the United Arab Emirates University, specialising in TV and radio production and film studies. He is also a graduate of the Young Media Leaders Programme, and works for the Department of Culture and Tourism – Abu Dhabi as a Public Engagement Senior Specialist at Al Qattara Arts Centre.

Fatma Eid Al Suwaidi is a photographer, videographer and storyteller, and content creator based in Dubai.

Her work focusses on showing the unique aspects and places within the UAE, enabling her to reach different audiences.

She won second place at the Broadcast Education Association (BEA) Film in 48 and Best Production Value at the BEA.

Al Suwaidi graduated with a defree in media production and storytelling from Zayed University. 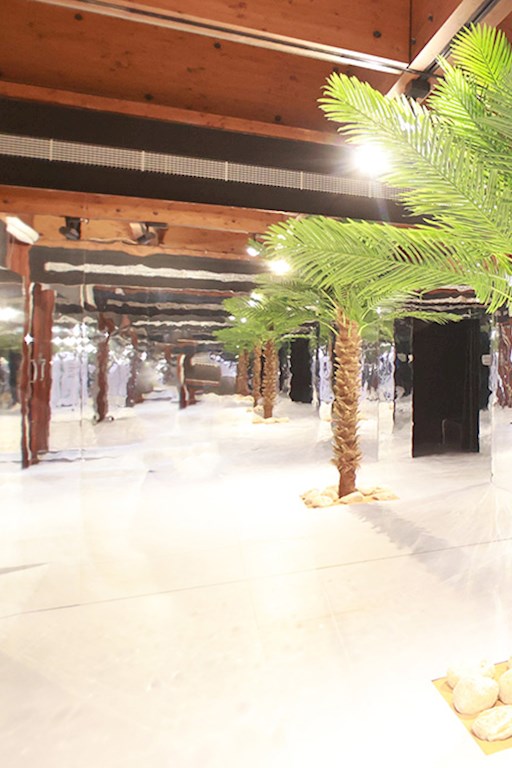 THE SPIRIT OF THE PLACE 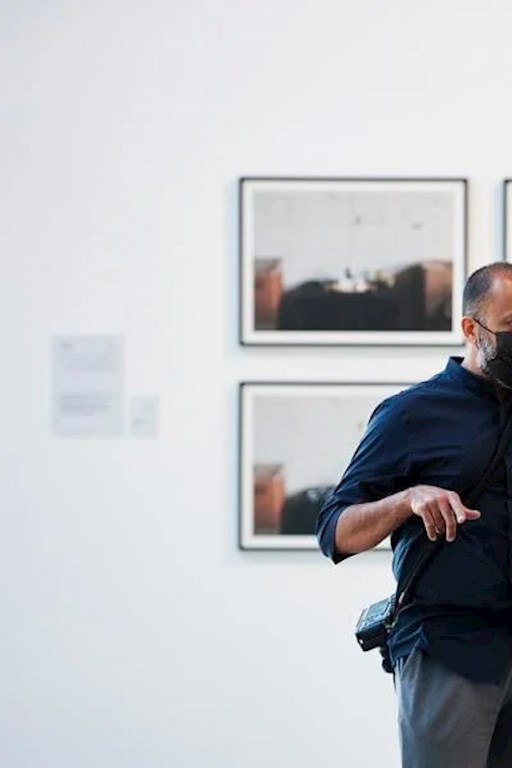 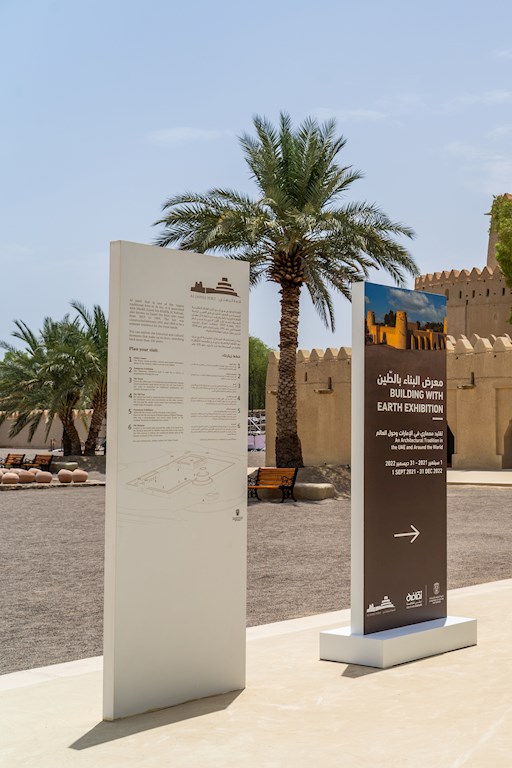