Under the patronage of His Highness Sheikh Abdullah bin Zayed Al Nahyan, Minister of Foreign Affairs and International Cooperation of the United Arab Emirates, Abu Dhabi Culture presents, The Abu Dhabi Music Programme to revive the incredibly rich dialogue that music has always engaged all cultures around the world..
Through its programs, Abu Dhabi Classics, Bait Al Oud Series, Sound of UAE and Umsiyat, the Department of Culture & Tourism Abu Dhabi presents some of the main artists in the field of Arabic and Western classical music with an aim to display how borderlines between the so called 'Western', 'Arabic' and 'Local' classical music have become porous. At the same time, the Department is offering an extended programme dedicated to regional heritage music thus proposing a unique musical panorama for all listeners.
The Department, as part of its musical programme also aims to combine the educational efforts of younger generations and preserve the rich cultural heritage of the UAE by organizing several dialogues, workshops and lectures by some of the most important contemporary musicians in a bid to revive the culture of dialogue, tolerance and openness to other cultures.

Audiences can always expect a rich and diverse selection of performances, built on the works of leading composers, and these programmes are a highlight of the cultural calendar. In 2020, Abu Dhabi Classics celebrated the 250th anniversary of the birth of Ludwig van Beethoven with a performance by the Hamburg Symphony Orchestra.

As well as world-renowned orchestras and soloists, Abu Dhabi Classics brings ballet and the performing arts, and celebrated artists from the Arab world to audiences, in what is considered among the strongest arts programming in the region.

Due to the cultural diversity of Latin America, a mix of indigenous, European and African influences, it has one of the richest Lied (German song) repertoires of the world. An abundance of variety in rhythm, melody and narrative forms comes together, and this is reflected in this concert programme by Mexican tenor Rolando Villazón, accompanied by French harpist Xavier de Maistre.

Serenata Latina is a collage of sounds, where the shapes of these Latin American songs come to life in their sensual emotional essence. Deep longing, pain, melancholy, desire and loss dominate the palette of this heartfelt recording, which is also accompanied by vigorous life-affirming dance-like pieces. 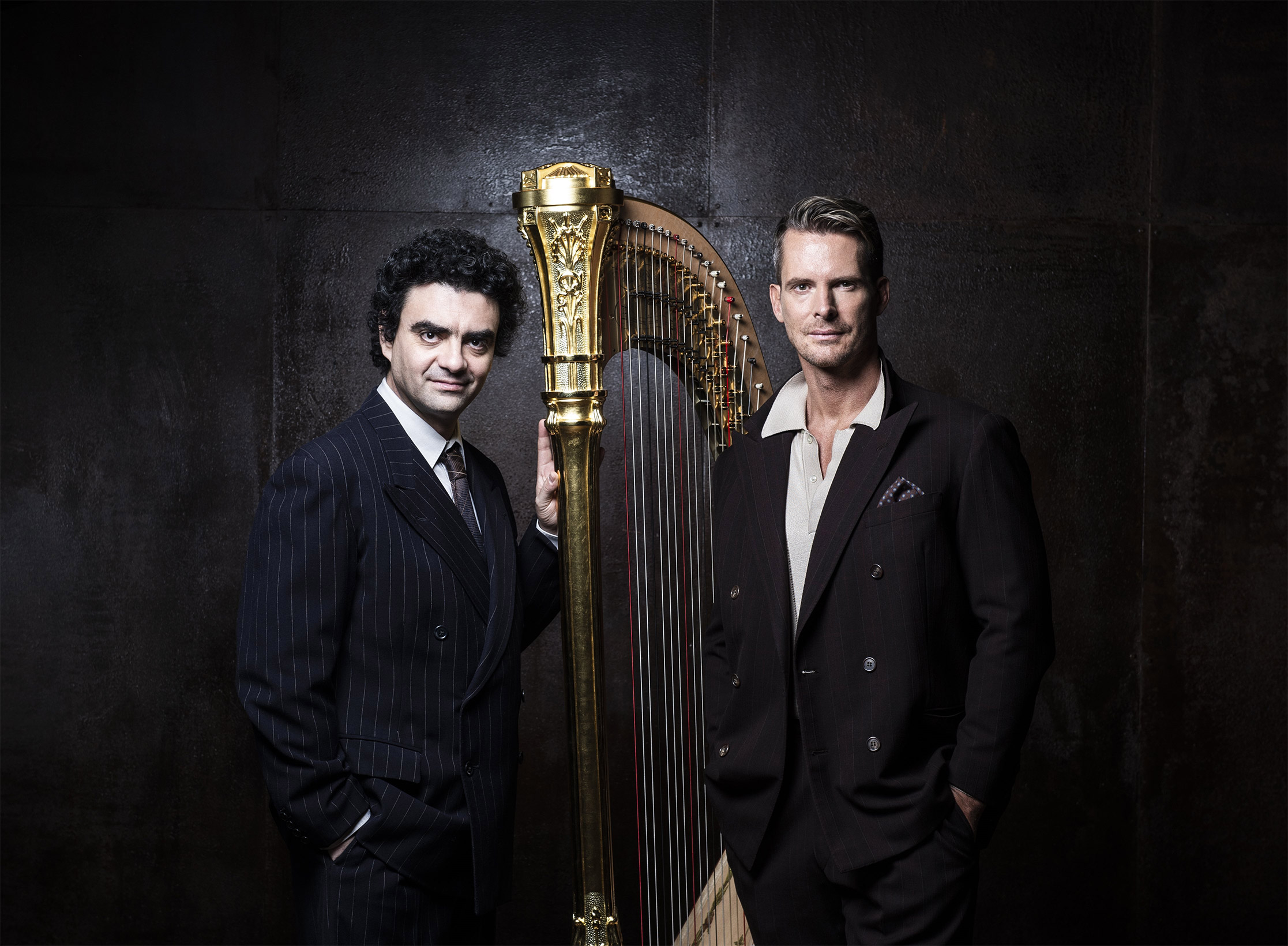 "The Wiener Concert-Verein (WCV) ranks, without doubt, among the most prestigious European music ensembles. From its home venue, the Wiener Musikverein (Vienna’s splendid concert hall), the WCV has established itself as a leading chamber orchestra, performing with the world’s most accomplished soloists and conductors.

The orchestra’s name originated in 1900 during the period of Viennese Modernism —when the Austrian capital was at the centre of the avant-garde movement in literature, philosophy and music. Over the years, the orchestra has developed a true dedication not only to the music of the Viennese Classical Period (the mid-18th to mid-19th centuries), but also to the music of the late 19th and early 20th centuries.

Tonight’s programme reflects this commitment. Joined by international violin star Vadim Repin, the orchestra will play pieces by Mozart and influential works by Tchaikovsky and Saint-Saëns. The idea of artistic reflection, so important later on for the Vienna Secession, will be felt in Dvořáks gracious Serenade which rounds off this unique evening of music and artistic experience." For its second evening in Abu Dhabi, the Wiener Concert-Verein (WCV) will again offer music from the Viennese Classical Period and of the late 19th century.

Playing for the first time in the region, the WCV, Vienna’s leading chamber music ensemble, will perform one of the most popular classical music pieces ever written: Eine Kleine Nachtmusik, (A Little Night Music). The serenade, composed in 1787, represents the very art of the Viennese Classical Period. While its artistic quality reaches unprecedented perfection, it is at the same time intended to be music for everyone, known to everyone, and has brought millions of fans together over the centuries.

The second piece of the evening is Grieg’s Holberg Suite. The orchestra will then be joined on this special night by the young Russian piano virtuoso Dmitry Shishkin, to perform Chopin’s splendid first piano concerto (Piano Concerto No. 1), which premiered in Warsaw just before the November uprising in 1830. These two compositions represent different aspects of the Romantic Period. After almost a decade, “The Prince of Arab Singing” — Hany Shaker — returns to Abu Dhabi to celebrate the 10th season of Abu Dhabi Classics. Shaker will perform signature romantic compositions such as Nesyanak Sa’ab Akid and Keda Bardo Ya Amar, written by Egyptian composer Khaled El-Amir. Over a 40-year career, Shaker has been recognised and supported by some of the most iconic performers of our time, such as Umm Kulthum, Shadia, Mohammed Abdel Wahab and Abdel Halim Hafez. He says he owes his greatest musical debt to Shadia and Abdel Halim Hafez. Although he loves traditional music, Shaker also takes a modern approach, as he sees his musical style at a halfway point between the traditional and contemporary. 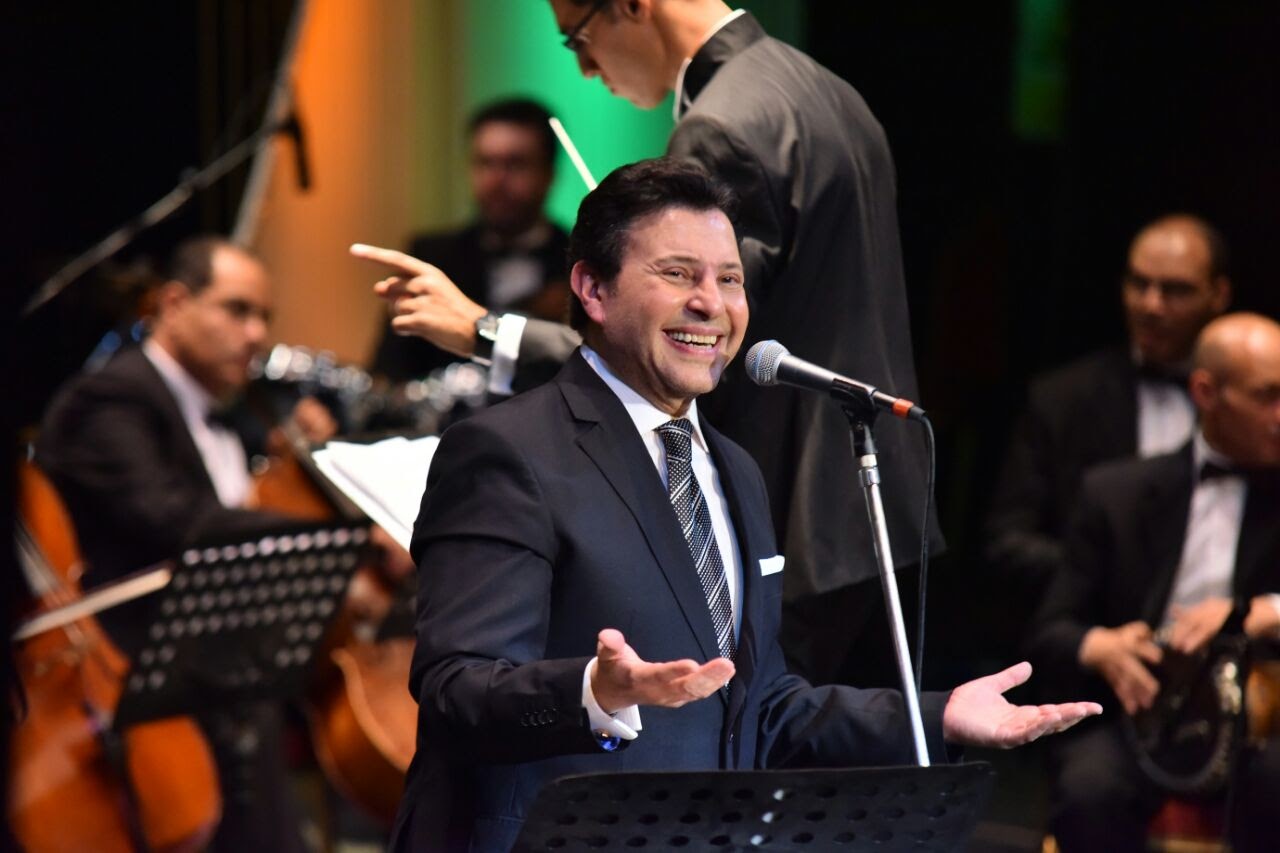 The acclaimed flamenco dancer Curro de Candela blends Afro-Cuban elements with the traditional form in his new show More than Flamenco, which builds on the art form’s classical foundations to take it in new directions.

The audience will get to experience true flamenco passion as dancers, singers and musicians put on a magical show in which history and tradition come alive. As part of the ongoing partnership with Abu Dhabi Classics, the Orchestra from the prestigious Accademia Teatro alla Scala in Milan, Italy, is returning to Abu Dhabi. This time, the orchestra will invite the public to celebrate the splendours of Italian opera. Together with singers from the Scala, it will present excerpts from the most famous works of Giuseppe Verdi, including La Forza del Destino (1862), Un Ballo in Maschera (1859), Nabucco (1842) and Il Trovatore (1853). To round up this exceptional concert evening, the orchestra will play under the baton of Italian maestro Donato Renzetti the 6th Symphony of Tchaikovsky. Widely considered to be the Russian composer’s masterpiece, the symphony, nicknamed the ‘Pathétique’, premiered in 1893 and is one of the highest expressions of the symphonic age in Classical Music. 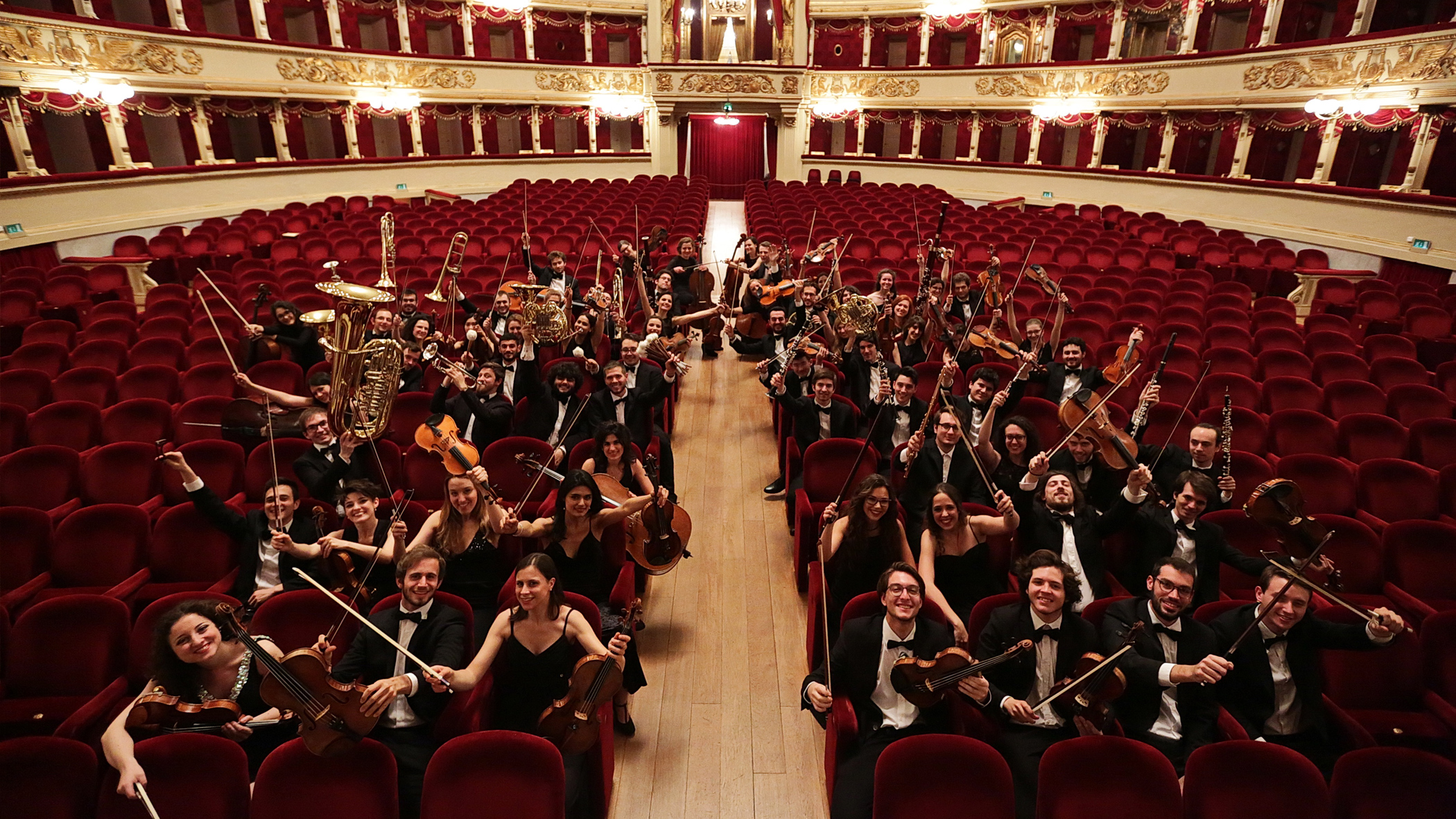 Bait Al Oud Abu Dhabi plays an essential role in documenting masterpieces of Arab musical heritage in addition to restoring the role of music as a fundamental element in the cultural life of UAE’s nationals and residents.

Encouraging the dissemination of knowledge concerning the history, theory, practice and performance of Arabic music and instruments, the institution, which was founded by Department of Culture & Tourism Abu Dhabi (DCT Abu Dhabi) is dedicated to restoring music as an integral element of the cultural life of Abu Dhabi, fostering creativity and promoting artistic dialogue throughout the emirate and beyond the UAE.

The Umsiyat of performances draws inspiration from the concept of universality, which was born in the Arab world and put into words for the first time in the 14th century by the great historian Ibn Khaldun.

The programme concept emphasises and celebrates common threads and patterns surpassing boundaries of time and space, and translating the essence of the concept of universality. Each concert intends to transcend the definition of cross cultural understanding to create a poetic dialogue reflecting the diversity of the emirate of Abu Dhabi and echoing the welcoming traditions of the Arab world.

Abeer Nehme : A Tribute to Humanity

This special concert with Lebanese Star singer Abeer Nehme is a devotion to the ones who dare to hope, to all the people of the world whose love goes beyond borders and races.
Together with 8 Musicians, Abeer Nehme will sing in different languages, texts from different cultures to deliver a common, universal message.
This project is a tribute to humanity, a declaration of peace, an affirmation of love. The ‘Sounds of the UAE’ concert programme safeguards the musical traditions and heritage of the United Arab Emirates, through regular performances by Emirati musicians. It also encourages innovation in the Emirati music field and help young artists to build their careers.

The high-profile musical performances focus on tradition, theory and practice but can also combine with Emirati poems (Nabati poetry). The programmes also feature the successful ‘Memory of the Emirati Song’ series which is dedicated to reviving traditional popular melodies.

Since 2020, the ‘Sounds of the UAE’ programme has partnered with the Anghami music streaming service to enable a wider audience appreciation of traditional Emirati music.

With this unique concert, the popular Programme Sounds of UAE is returning on stage after more than one year of absence due to the sanitary crisis.

To mark this important event, young Emirati Star singer Ahmed Al Hosani, who was the revelation of last year’s National Day Concerts organized by the Department of Culture and Tourism will team up with the UAE’s local orchestra, the NSO Chamber Orchestra. The Programme chosen is both cross-cultural and cross-genre, mixing traditional Arabic songs, Classical Music Elements and popular pop music pieces and is intended as a genuine celebration of music, a true moment of joy that Ahmed and the NSO would like to share with the public after the many months of confinement and restrictions. 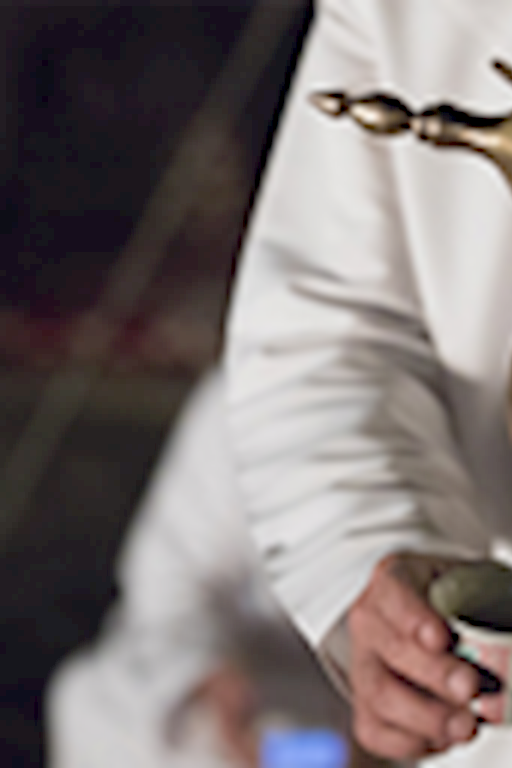 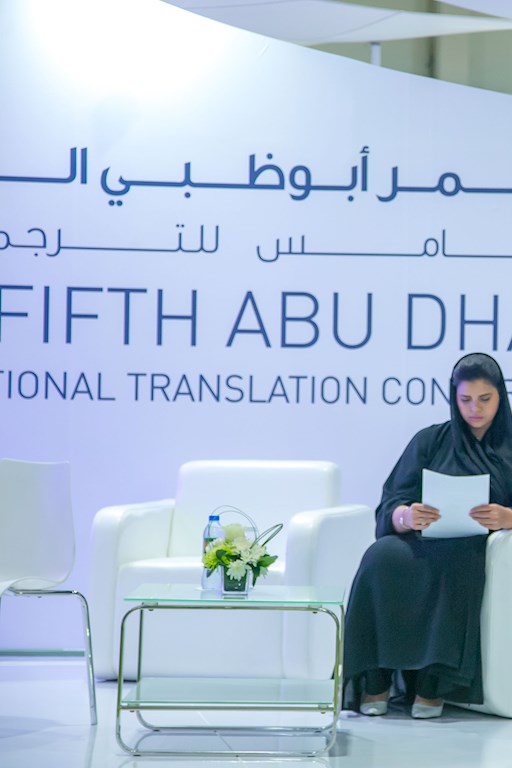