LISTEN TO THIS PAGE
Al-Razfa was inscribed in 2015 on the UNESCO Representative List of the Intangible Cultural Heritage of Humanity.
Al-Razfa is a traditional performing art comprising poetry and rhythm that is deeply rooted in United Arab Emirates culture. The songs have been preserved in Emirati culture for many years and provide participants with a sense of identity and pride till this day.

During the performance of Al-Razfa, two rows of men and boys face each other at about 10–20 metres apart, with drummers and other musicians gathered nearby. They perform movements with their bamboo canes in unison to the music. This UNESCO-recognised performance starts with a handful of individuals but quickly builds into a larger group. The two rows of performers move in cohesion and sing verses of poetry to each other. Al-Razfa creates a sense of community and shared identity among its performers, particularly at social events and on national occasions.

Al-Razfa is viewed as a form of celebration and an expression of gratitude and valour. It is also performed at welcome ceremonies for dignitaries. It also plays a significant role in preserving traditional poetry. Poets who compose verses for Al-Razfa performances write original verses for individual occasions.

Al-Razfa is widespread across Emirati society, with young and old performers alike. As it is a public performance based on mass participation, parents encourage their children to perform at events and gatherings — one of the reasons why the performing art attracts many participants.

Children learn this heritage art through stimulation and practice, and by watching groups perform Al-Razfa at social events such as weddings, festivals and anniversaries.

At a national level, heritage associations in the United Arab Emirates are committed to introducing Al-Razfa to children and adults. Cultural, educational and media institutions also help to raise awareness of Al-Razfa.

The Ministry of Culture and Knowledge Development, the Department of Culture and Tourism - Abu Dhabi, and other heritage associations and institutions in the United Arab Emirates promote the inclusion of traditional performance troupes at festivals, celebrations and social occasions. These efforts have led to an increase in both the size and number of Al-Razfa groups.

To find out more about this cultural performance art of the United Arab Emirates, download the PDF below. 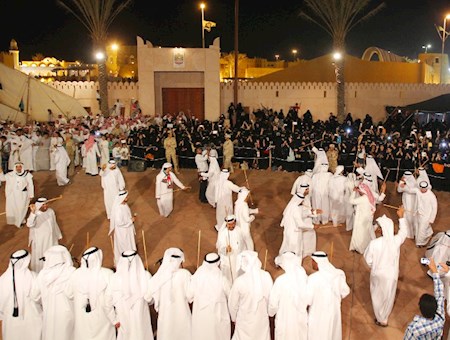 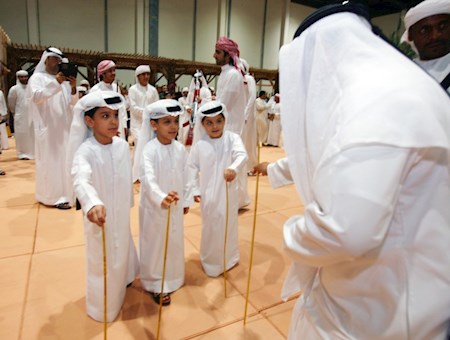 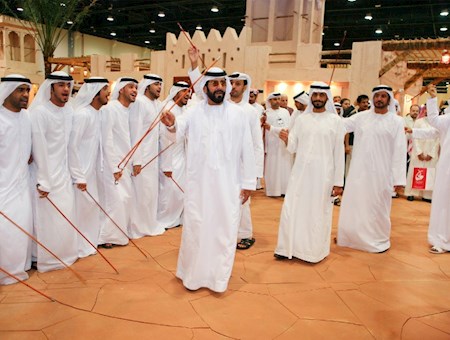 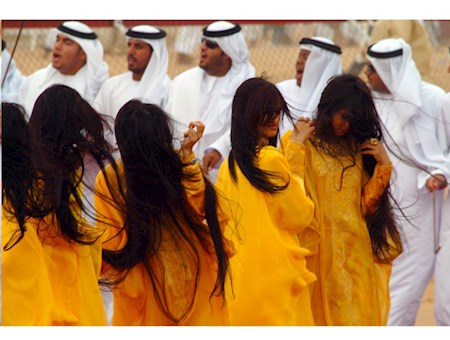 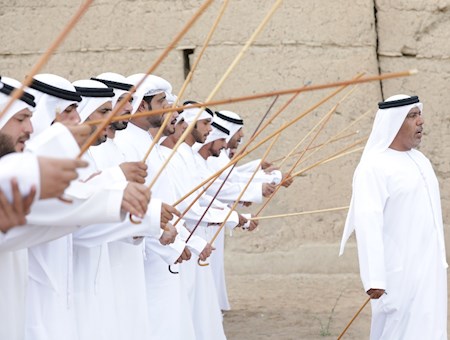 Although traditionally Al-Razfa was performed to the beat of drums alone, more musical instruments have since been introduced. Al-Razfa was inscribed in 2015 on the UNESCO Representative List of the Intangible Cultural Heritage of Humanity.