Majlis – a cultural and social place

LISTEN TO THIS PAGE
Majlis was inscribed in 2015 on the UNESCO Representative List of the Intangible Cultural Heritage of Humanity
The traditional Majlis forum provides Emiratis with an opportunity to debate, deliberate and share information about the issues of the day.

The Emirati Majlis (‘council’ or ‘assembly’) has been an essential part of social and political life in the United Arab Emirates, serving as a forum for the community to discuss issues and to raise important matters with elders and the Sheikhs. Merchants and legal experts also held majalis (plural of Majlis). Because of the significance of the Majlis, the United Arab Emirates, Oman, Qatar and Saudi Arabia applied to inscribe it on the UNESCO Representative List of the Intangible Cultural Heritage of Humanity and it was listed in 2015.

The term Majlis has been adopted by modern governments to refer to both elected and unelected advisory and decision-making bodies, including legislatures and councils of ministers.

Majalis run by elders, chieftains and sheikhs are called barza, and the Majlis host is said to be barez (prominent) when he is presiding at his Majlis. During such majalis, the host hears complaints, demands and other issues of the people and seeks to resolve them. The atmosphere is one of constructive dialogue, defined by honesty, openness, freedom and ingenuity. Guesthouse or Majlis owners are responsible for all hospitality expenses, although in some cases tribe members will contribute as well.

In addition to the barza, traditionally there were two other types of majalis in the United Arab Emirates: the Majlis of the Merchants and the Majlis of Justice.

The Majlis of the Merchants was open to all, but especially pearl divers, as they provided a way of raising funds for their journeys and to ensure that their families would receive basic foodstuffs such as rice, flour and coffee. This type was busy during the pearling season, especially near the end, when pearl prices were negotiated.

During the diving season, the Majlis was used as a platform to share stories about incidents at sea, as well as a space to address disputes among divers or between divers and traders. Storytelling, poetry recitals and other forms of entertainment also took place at these sessions.

The Majlis of Justice specialised in dispensing Shari'a judgments and often dealt with cases passed up from barza and merchants’ majalis. A Justice Majlis was recognised not only for settling disputes, but also for providing education on religious topics to attendees. The sessions traditionally opened from early morning until noon prayer, and then between the afternoon and sunset prayers.

The Majlis and nature

Majalis were held either in a bait al-she’r (house of hair) or in open-air settings, around fires, with coffee served to attendees. Majalis in cities and towns along the coast were often constructed of plaster and mud, arbour and bower, or simple canvas to provide shade. Majalis in mountain areas were held in special guesthouses or other gathering places.

Learn more about Majlis in the PDF below. 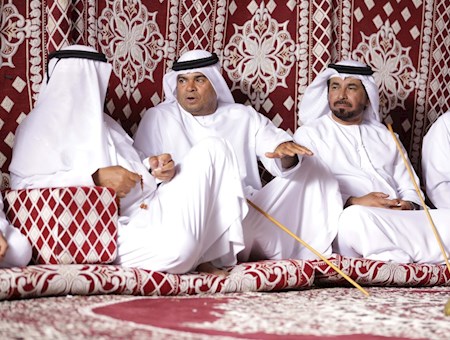 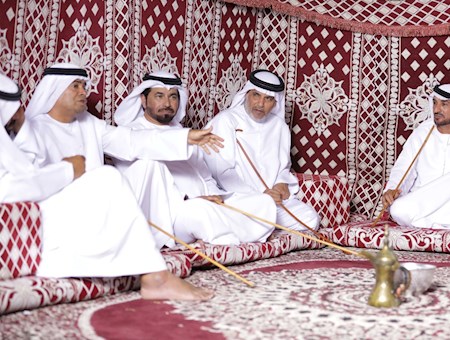 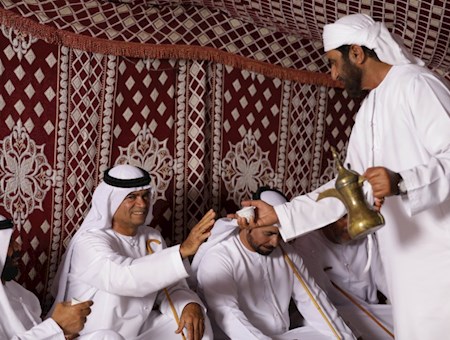 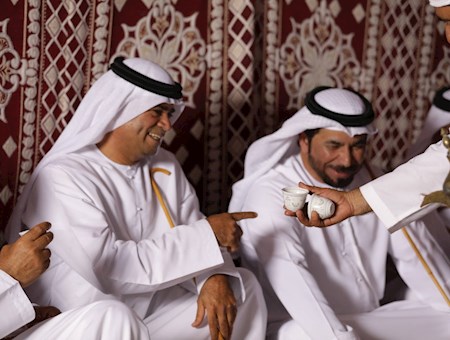 For pearl divers and sailors at sea, a boat could serve as a location for a Majlis, where those on board would discuss topics such as ships, fishing, diving and hardships at sea. 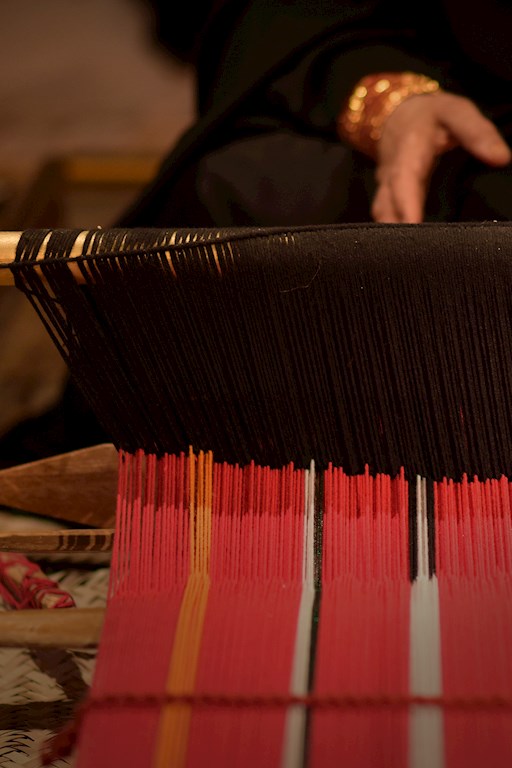