LISTEN TO THIS PAGE
Hundreds of years old, this form of poetry began on the battlefield and today is performed at Emirati celebrations and ceremonies

With its origins as a celebration of victory on the field of battle, Al Azi poetry has been passed down from father to son for hundreds of years. Al Azi consists of rhymed verses in the style of traditional Arabic poetry, with sayings and proverbs sometimes interspersed into the poem.

Performed by a group of men, Al Azi is characterised by the powerful voices of both the poet and a chorus that ‘answers’ him. The chorus members hold mock rifles and stand in rows behind the poet, who holds a mock sword. The call-and-response performance conveys a sense of unity and solidarity, while the symbolic weapons symbolise courage.

Al Azi was performed regularly by desert communities across the United Arab Emirates until the mid-20th century, when the practice became less widespread as people began moving to cities in large numbers.

With support from government authorities and growing Emirati interest in preserving national heritage, Al Azi has since been revived, and today is a treasured aspect of Emirati heritage and culture. It is regularly performed at weddings, national and religious holidays, and other special events and ceremonies.

Al Azi was inscribed in 2017 on the UNESCO 'List of Intangible Cultural Heritage in Need of Urgent Safeguarding'.

Al Azi performances strengthen communal bonds and traditionally served as an important means of passing down traditions, knowledge, and the Bedouin way of relating to nature.
Drawing inspiration from both colloquial Nabati and classic Arabic poetry, the main theme of Al Azi poems is pride in one’s family, tribe or rulers. In Al Azi verse, the poet speaks about generosity, courage and other qualities that exemplify the greatness of the poem’s subject. 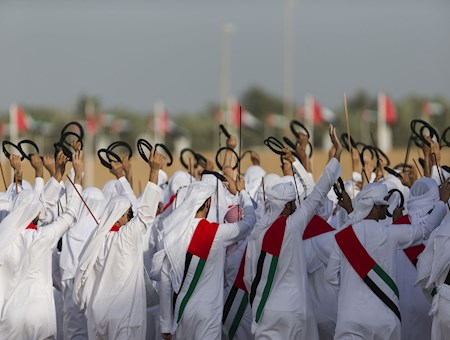 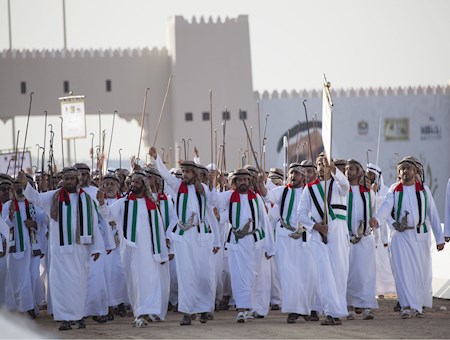 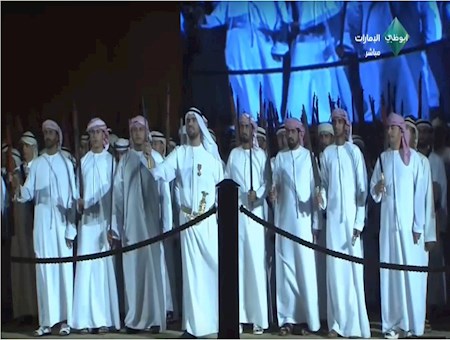 Al Azi is recited, not sung, and is performed without drums or other musical accompaniment. 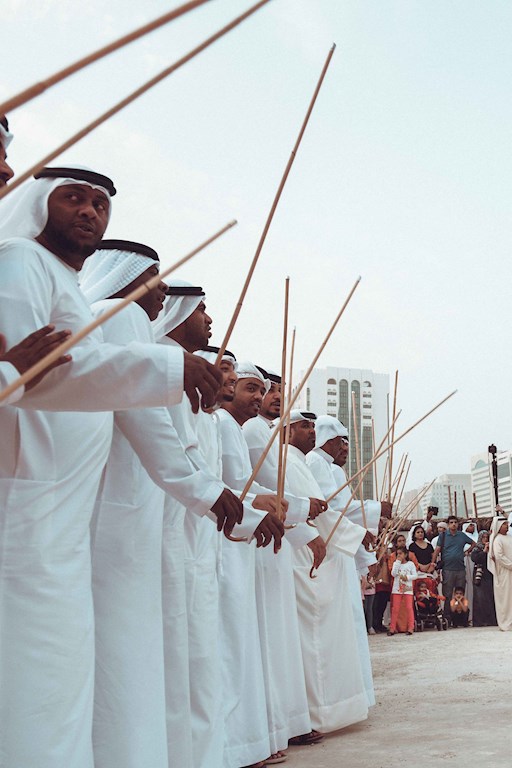 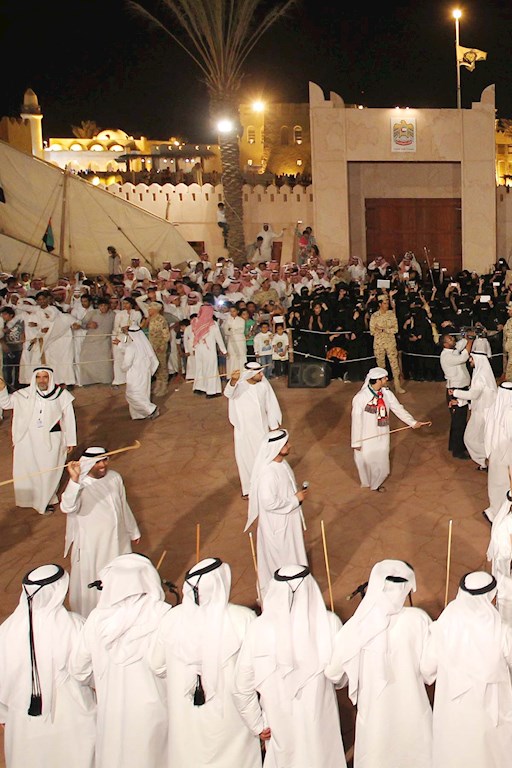