The palm tree is not only a major source of food, but also has countless other benefits. This was especially so for people before the discovery of oil. In this way, we find that many popular artefacts made from palm trees were of importance, with every part of the palm having a function and use in life.

The zabil, plural zeblan, is a bowl/basket made of palm wicker that has a circular base, and is made in different sizes, with varying quality ranges and patterns. There were large zabil that were decorated with beautiful coloured wicker that had lids and were made of the finest type of wicker, known as "Al-Qalb" (meaning the heart), which refers to the wicker of the fronds at the heart of the palm. These were used to store clothes. They were also used to store items by both land and sea people, such as the Juffair, but the type used by divers was called the Dayeen, which was made of thick ropes. On the other hand, there are zabil made of low-quality wicker used for rubbish collection. There are also zabil used to carry lighter, wider, or larger items, which are known as "Kafeh," some of which have lids and were used in the past during the harvest season and in some agricultural areas to collect date bundles.

Most important types of zabil:

Al-Musaram is the largest and is used to squeeze palm tree dates.

Al-Muthan, which accommodates two to five ears of wheat, is used to transport wheat to the mill. It is used for four after the wheat has been milled.

There is also the rice zabil, in which rice is collected, and which is also used to wash rice before it is cooked.

The zabil is a round container made of wicker, the size of which varies according to needs and usage. It was also used by builders in the past to carry building materials. There is a popular proverb "like a zabil," which describes something that contains both good and bad.

The tailor's zabil is a small, elegant container used by women to carry and store sewing tools such as needles and other items, as well as metrials.

The makhraf, which is a smaller zabil, has one loop, usually fixed to the lip from two sides, and is used for date bunches.

Concerning the manufacture of the zabil, housewives located in areas where palm groves were abundant made them from the fronds of white palm wicker (the pulp). Upon completion, the women sew it with a tool similar to a needle, but with a larger, and string made from the fronds of palm cuttings, sewing the zabil in a circular shape of different sizes, as desired. Two handles are made for the zabi called "'Arawi" from palm leaf rope.

We can therefore see that in the past, the zabil was used for everything, however, in present times the zabil has been replaced with many modern-made tools, and there is no longer a place for it except as recognising it as a part of Emirati heritage. Now, the zabil remains ingrained in the memories of the elders, sometimes reduced to a folk-tale or story. 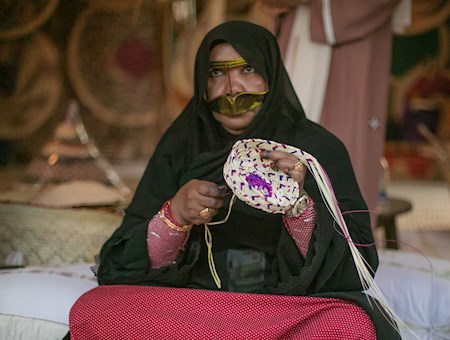 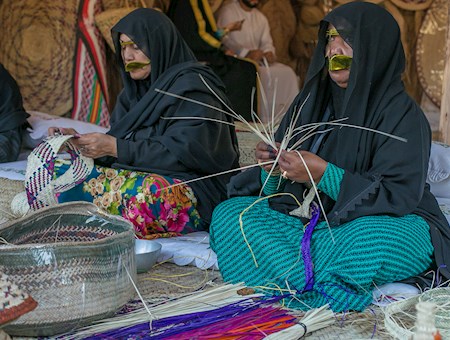 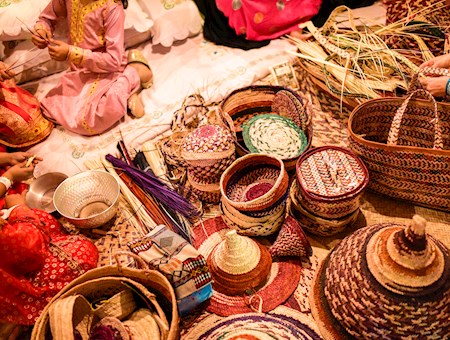 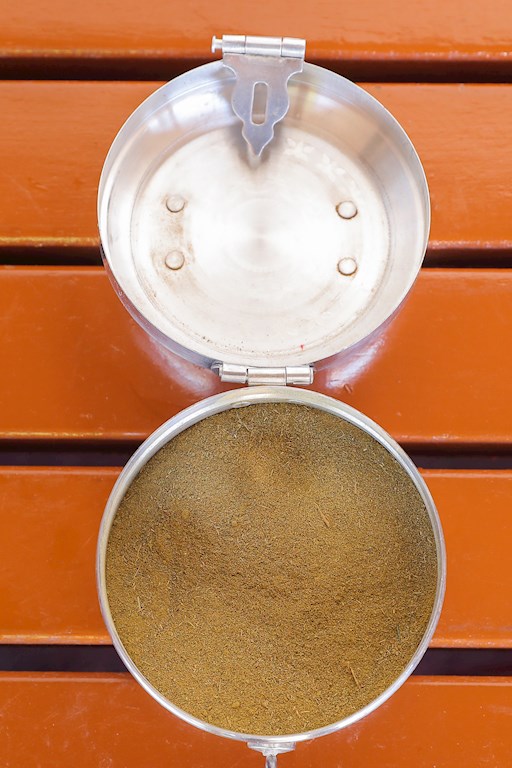