The narrator, Umm Saeed Al Shamsi, also mentions that they would dig tuwayan1 after ensuring that there was water underneath, then they would remove2 the dirty water from the well, one bucket after another, so they could have access to crisp pure water, especially after getting rid of the dirt and mud from the well. Only after this water remained still and flat could they obtain water that was suitable for drinking and consumption3. Fatima Al Kindi concurs, saying: When digging wells and reaching the water level at the bottom, the extracted water would be full of dirt and impurities, so by repetition of the process and continuous extraction of water, it would become purified and the dirt would stagnate at the bottom of the well, thereby obtaining clean water.4

After completing the process of extracting water from the well, it would be poured into a container if the water was clear and did not need to be filtered and would then be used for many purposes. However, if some impurities still remained as huwail, a ghutra or a piece of cloth, comprised of black fabric ‘khelqa’ would be placed at the lid of the container, and the water would then be poured. It would be discarded whenever it became unclean.5

The narrator Umm Saeed also references the valley water and how it was purified. She explains that rapidly flowing valley water was not suitable for drinking or purification because of the dust and dirt that it would carry along its way, making the water impure. After a while, as the flow of the valley would lost its haste, the water would become purer and clearer. She explains that she was familiar with the location of the pools of water (ghabba)6 that would form from the flow of the valleys and springs. She would dig at the edge of the ghabba a few meters away, because the main ghabba would be unclean “impure”, and because it would be used in watering the sheep and camels. Therefore, we would dig holes, in which the water, especially spring water, would collect. We would then pour that clean water and make use of it for drinking.7

The narrator, Fatima Al Kindi, explains that drinking water was mainly filtered in one commonly utilized method. It consisted of filtering the water with a piece of cloth, usually a sheila, where the woman would place a piece of cloth at the lid of the container in which the water was to be placed. The cloth was directed slightly inwards, and the water was poured while firmly grasping the sheila and thereby obtaining clean filtered water.

When purifying water using a sa’an, a sheila would be placed at the lid of the sa’an, that was slightly lowered, thereby pouring the water and filtering it with ease.8

With these simple, primitive methods, our ancestors were successful in purifying drinking water and making use of it. 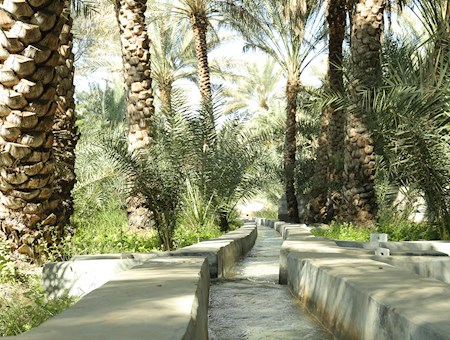 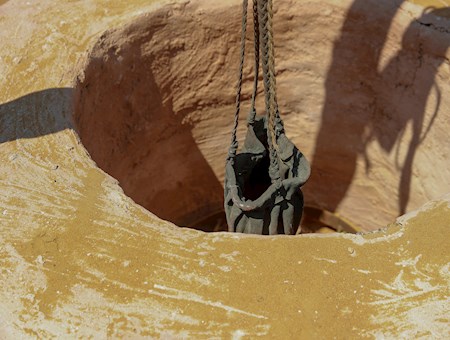 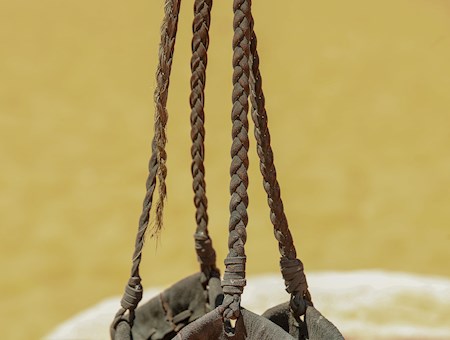 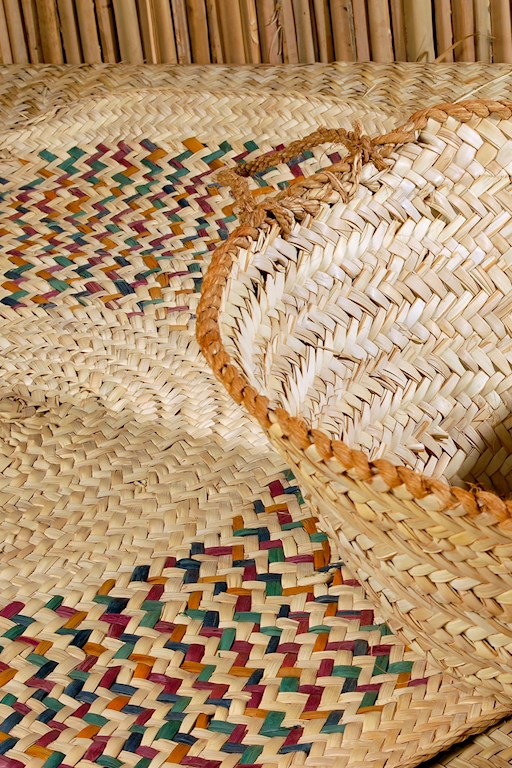 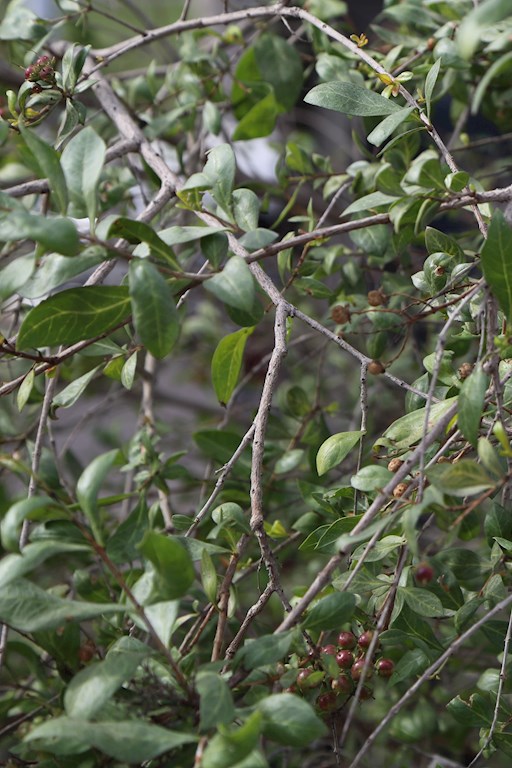