LISTEN TO THIS PAGE
Social practices and traditional rituals.

Traditional cuisine is one of the most prominent manifestations of Emirati heritage. It is a prominent feature of family and official occasions, traditional festivities, Ramadan evenings, and hosting guests. Harees is considered one of our most important Emirati traditional foods; it is a vital part of our culture and our heritage.

In the past, family members and children of the neighbourhood would gather around the pot that was sometimes large enough to feed half the residents of the area. The cook would be grinding the ingredients and adding them to the pot where the water boiled. Preparations included soaking the wheat overnight and boiling it with meat for about four hours, stirring it occasionally and adding hot water whenever necessary.

The bones are then removed from the harees, and the residue that formed on the surface is scooped up and placed in a separate bowl. The harees is then salted and the mix of wheat and meat is beaten with a wooded pound called medrab1. It is then poured into dishes and local ghee is added2.

Another way to prepare the harees starts with washing the wheat well after sifting through it to remove debris. The meat is put in the pot followed by the wheat. The mixture is heated until it boils and beaten with a wooden pound called mesdam al harees. Then pot is then placed on a previously prepared pit with a charcoal bed. It is then covered with hot charcoals and left overnight. In the morning the pot is removed and the harees turned over several times until ready3. This is called tannour al harees4. The making of the harees has changed and become easier with the advent of electric appliances such as mixers and beaters. In particular there is a large appliance specially for grinding the wheat and mixing the ingredients for harees. Some people, however, argue that there is no way a machine can give the harees the same flavor as that which is made by hand.

Finally, local ghee is added to make a delicious and easy to digest meal5.

In the past, the harees, or wheat, was either grown locally in some villages or purchased – especially by coastal residents. The wheat would then be beaten, ground, and any excess would be distributed to neighbouring houses.

Most families have kept this heritage alive, whereby harees has remained central to Emirati feasts on holidays and special occasions such as: altulou’ – or fortieth day after birth when the family celebrates by distributing harees to their neighbours. It is also offered to well-wishers who visit to see the newborn and congratulate the parents. Harees is also offered in festivities such as altuhour or circumcision of baby boys and to celebrate a full reading of the Holy Quran6. 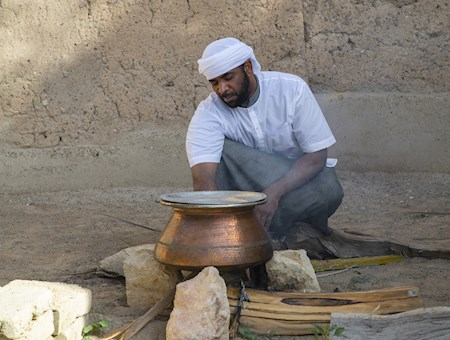 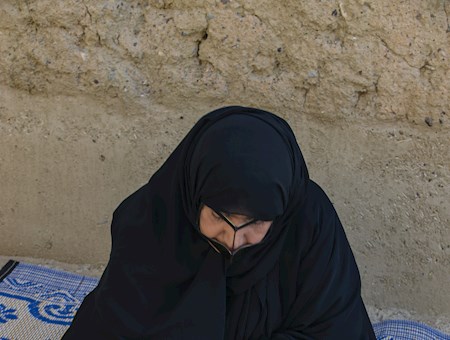 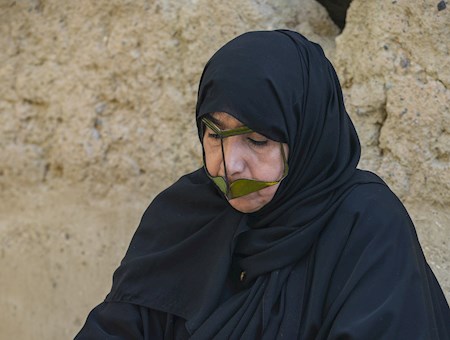 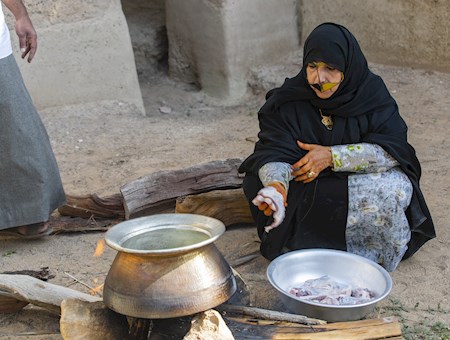 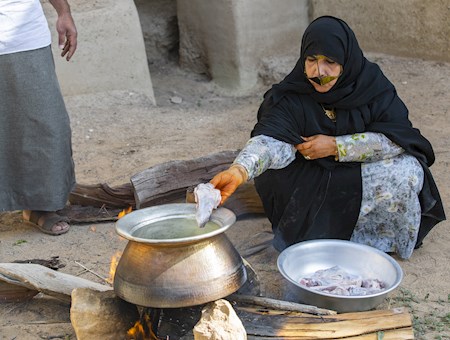