LISTEN TO THIS PAGE
The burqa is one of the aspects of Emirati women’s lives and was previously considered an important component of their folk costume.

In the past, the burqa was regarded as one of the most beautiful pieces of clothing that women wore. The burqa is not simply complementary to the traditional attire of Gulf women, particularly Emirati women, but it is also closely linked to their adornment and its social functions.

To this day, the burqa fascinates every foreigner who is unfamiliar with the region. It is a face-covering used by Gulf women. The word Burqa, pronounced /ˈbɜːrkə/, is defined in the dictionary  as what veils and covers a woman’s face. The Burqa-wearing woman covers her face with the burqa upon reaching the age of maturity. She does not take it off, even in her own home, so that her face is not revealed to visiting strangers, and only removes it when going to bed or praying.  On the other hand, the burqa is considered to be one of the oldest accessories. Today, it is mostly worn by older women.

Components of the burqa:
Burqas are made of a special fabric imported from India. The best type is known as "tabatel". Burqas in the past were not that different from the current ones and some women prefer wearing those to this day. However, in the past, burqas would be decorated with gold, according to the means of each family.
The inner lining of the burqa is scrubbed with oyster shells or stones and dyed indigo, which was believed to have a whitening and beautifying effect on the skin.
Regarding the colour of fabric used, some are green in colour, known as ‘Abu Sarukh’, others are red, known as ‘Al-Nil’, and yellow ones are known as ‘Abu Najma’

The following tools are required for making burqas:
Al Shayl: the primary fabric of the burqa
Al Seif: a light rod placed in the middle of the burqa so that it lies on the nose when worn
Al Shabaq: a type of fabric, made of wool or cotton, red in colour, used as a strap for the burqa
Nujoom and halaq: for decorating the burqa. Also known as ‘mashakhes’.
Lining cloth: produced from any type of fabric that is sweat-absorbent and can maintain the lustre of the burqa.
Sewing a burqa by hand takes around an hour, while modern machines can have it ready in just a few minutes. The most important thing about the tailoring is knowing how to cut and sew the fabric.

Nowadays, burqas are associated with many products in an effort to promote them, prevent them from dissipating and preserve them as a form of heritage. Modern means of communication have helped a lot in promoting this legacy and increasing the revenue arising from these projects.

These promotional products include:
Distribution of burqas during festive occasions, souvenirs, stickers for household utensils, decorative accessories, murals and bags. The burqa has also been incorporated into the fashion industry. 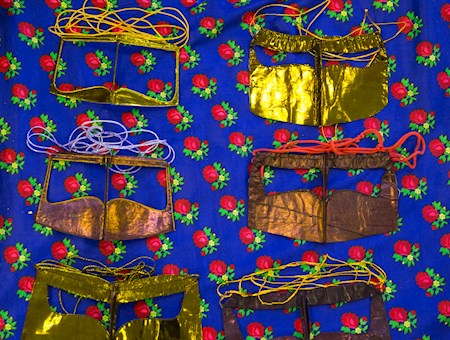 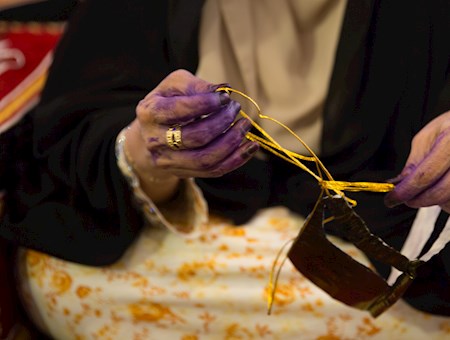 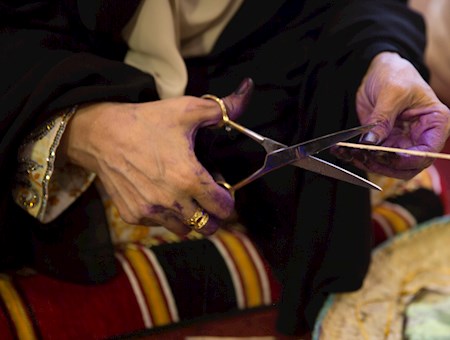 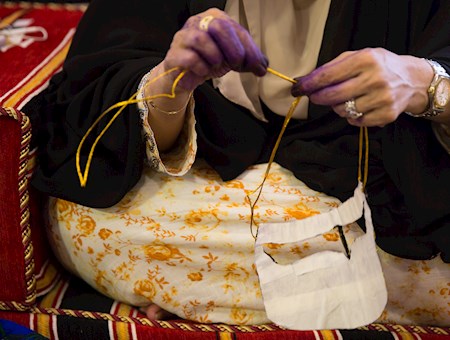 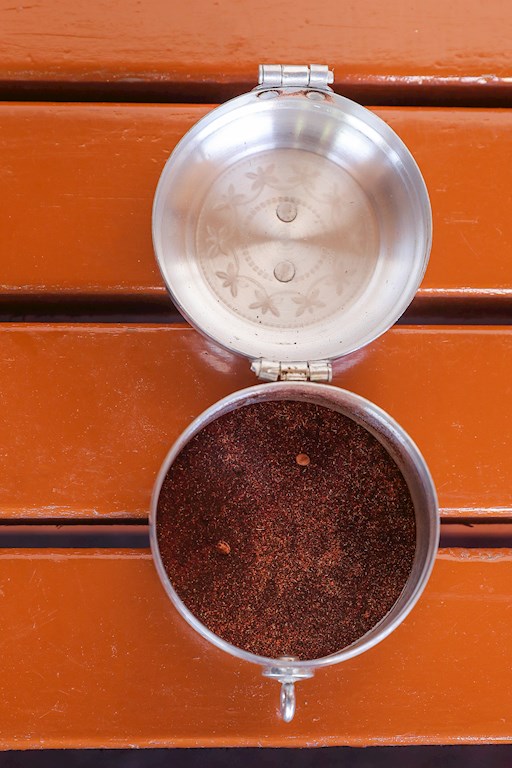