This universal museum in Abu Dhabi provides a historical narrative of art from prehistoric times to the present, in a manner that illustrates the shared human experience.
Developed jointly by the United Arab Emirates and France, Louvre Abu Dhabi presents a historical narrative of art that spans the entire history of civilisation and emphasises the shared human experience.

Opened in November 2017 on Saadiyat Island, in a building designed by architect Jean Nouvel, the museum’s 23 permanent galleries depict a wide range of cultures, traditions and eras in a unique side-by-side presentation. This enables visitors to discover shared influences and intriguing connections between different cultures. Located by the Arabian Gulf, the dozens of buildings that comprise the museum are linked by waterfront promenades and the museum’s most striking feature, its dome.

The huge 180 metre-wide dome is made up of eight layers of geometric metal stars and appears to float above the museum complex. As sunlight filters through the dome’s perforations, this creates a ‘rain of light’ effect in the museum below.

The museum collection includes a number of significant works, including one of the finest examples of a standing Bactrian princess from approximately 2000 BCE; a 3,000-year-old Middle Eastern gold bracelet featuring a lion's head; and an 1878 painting by Osman Hamdi Bey titled Young Emir Studying.
Other important works include Paul Gauguin’s masterpiece Children Wrestling; the René Magritte painting The Subjugated Reader; a 1928 collage by Picasso titled Portrait of a Lady; nine canvasses by contemporary artist Cy Twombly; and the oldest known photographic representation of a veiled woman. 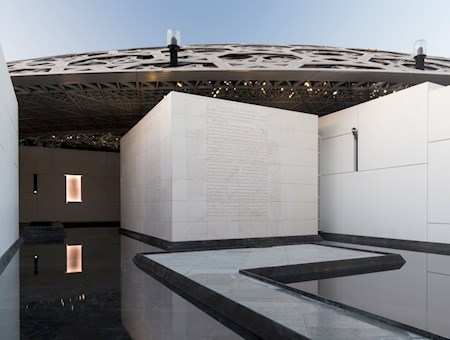 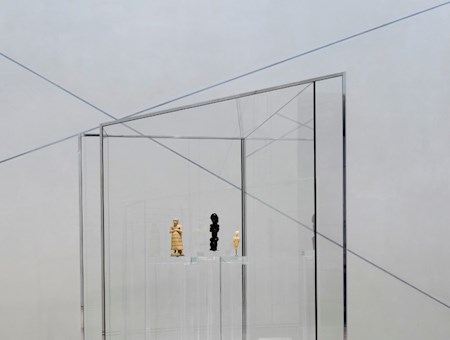 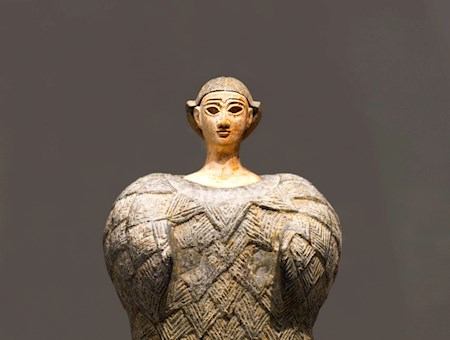 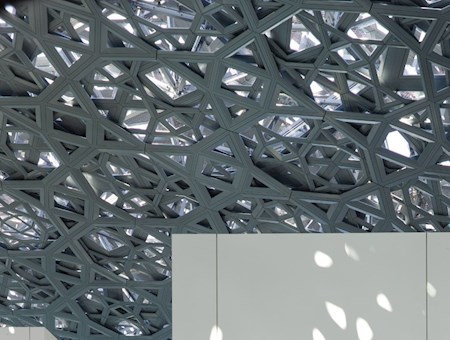 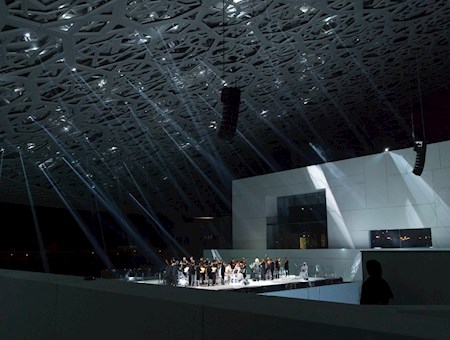 Louvre Abu Dhabi is designed as a ‘museum city’ featuring 55 buildings inspired by the architecture of traditional Emirati homes.