LISTEN TO THIS PAGE
Discover the ancestral home of the Royal Family Al Nahyan and the symbolic heart of Abu Dhabi
Over the centuries, Qasr Al Hosn has been home to the ruling family, the seat of government, a consultative council and a national archive; it now stands as the nation’s living memorial and the narrator of Abu Dhabi’s history. Qasr Al Hosn is part of a larger historic complex that also includes the National Consultative Council building and the Cultural Foundation. ​ 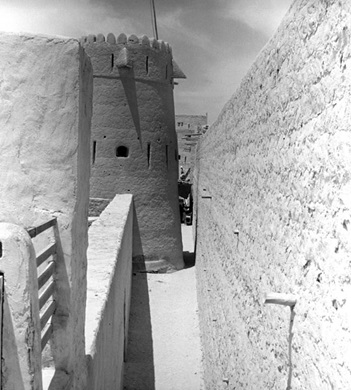 Qasr Al Hosn is the oldest and most significant building in Abu Dhabi, holding the city's first permanent structure; the watchtower. Built in the 1790, the commanding structure overlooked the coastal trade routes and protected the growing settlement established on the island. Qasr Al Hosn comprises of two major iconic buildings: the Inner Fort (originally constructed in 1795) and the Outer Palace (1939-45). Over the centuries, it has been home to the ruling family, the seat of government, a consultative council and a national archive; it now stands as the nation's living memorial and the narrator of Abu Dhabi's history. Transformed into a museum in 2018 following more than eleven years of intensive conservation and restoration work, Qasr Al Hosn is a national monument that encapsulates the development of Abu Dhabi from a settlement reliant on fishing and pearling in the 18th century, to a modern, global metropolis, with displays of artefacts and archival materials dating back to as far as 6000 BC.

The Origin of Abu Dhabi The one constant witness of Abu Dhabi story, Qasr Al Hosn stands as a national monument that encapsulates the development of the city – from a settlement reliant on fishing and pearling in 18th century, to a modern, global metropolis

A Tower Becomes a Fortress It was not until 1795 that Sheikh Shakhbut Bin Dhiyab officially relocated the seat of power from Liwa to Abu Dhabi island.

A Community Takes Shape The long reign of Sheikh Zayed Bin Khalifa was a period of peace and stability for the city of Abu Dhabi.

The Fort Expands Due to global tensions and the invention of cultured pearls in Japan, the region’s economy was dealt a heavy blow.

Today’s Qasr Al Hosn Emerges When the Father of our Nation came in to power, he distributed the city’s land ownership and wealth between Emirati citizens.

Conserving a National Monument The discovery of corrosive moisture trapped within the walls of Qasr Al Hosn put a conservation plan in to action. 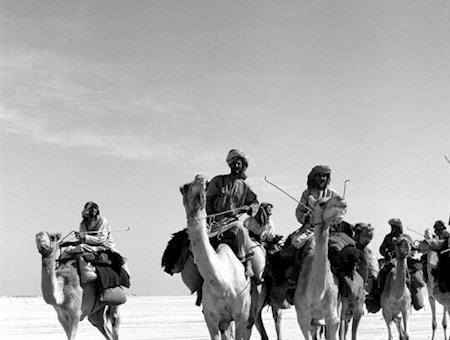 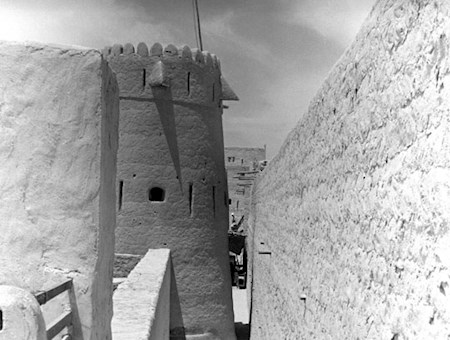 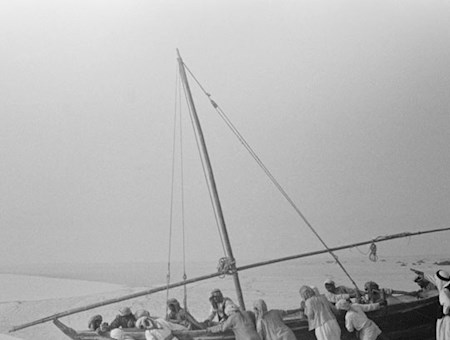 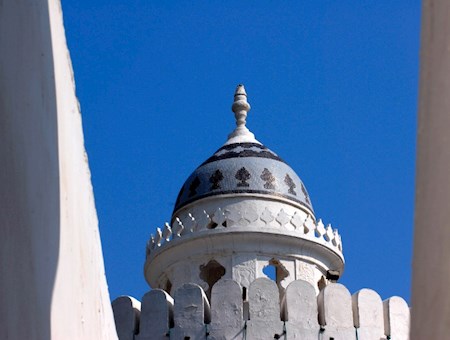 Covered in a plaster made from lime, sand and crushed sea shells that sparkled in the sun, the fort served as a navigational point for ships and was nicknamed the ‘White Fort’. The Story of Abu Dhabi and It’s People

Memories of the Palace