LISTEN TO THIS PAGE
Founded in 1971, visitors can experience the United Arab Emirates’ first cultural and arts centre dedicated to the creation and appreciation of the arts and literature.
Committed to creating an environment conducive to cultivating and elevating the mind, the leaders of the United Arab Emirates passed a law to set up a cultural edifice the same year as the union in 1971, with the aim of nurturing heritage and the arts in this fast-developing nation. A visionary, the late Sheikh Zayed bin Sultan al Nahyan, Founding Father of the United Arab Emirates, sought to engage the country in cross-cultural dialogue with the international community from the outset. 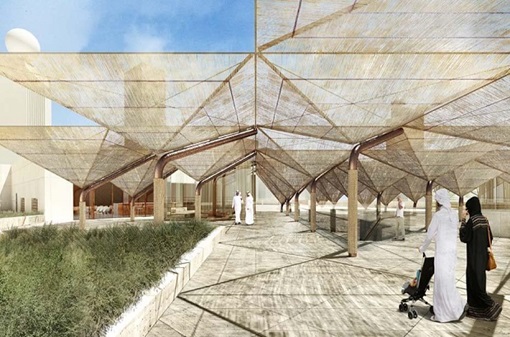 Sheikh Zayed bin Sultan Al Nahyan envisioned a modern, cultural institution that would serve as a vital building block for the state’s society. He foresaw a place from which a cultural awakening would spring, starting with the capital, Abu Dhabi, and spreading to the rest of the United Arab Emirates and beyond.

In 1973, an international competition was held for the architectural design of the Cultural Foundation, something that would embody a national landmark in which the cultural initiatives could flourish; a design that would remain true to Arab-Islamic style while exuding aspirations for modernity and progress.

The winning design came from The Architects’ Collaborative (TAC), originally founded by Walter Gropius (German architect, and founder of the Bauhaus in 1919 that aimed to unite all forms of artistic expression). The design proposed a three-winged building around a central courtyard. The original design for the building project, submitted by an international team, was then advanced by a young Iraqi architect, Hisham Al Ashkouri, who was invited by Louis McMillen, one of TAC’s principals, to lead the project. Al Ashkouri, a Baghdad University graduate, was taught by leading architects such as Mohamed Makiya and Hisham Munir, and was influenced by renowned figures such as Louis Kahn, Marcel Breuer, Le Corbusier and Gropius. Al Ashkouri was instrumental in the successful completion of the design by 1975.

At the time of its opening in 1981, the Cultural Foundation housed the first national library, a performance auditorium and an exhibition centre. The formal establishment of the Cultural Foundation led to a series of groundbreaking programmes celebrating local and regional culture, showcasing a variety of art forms and encouraging cross-cultural exchanges. The building itself has become a modern heritage landmark, after undergoing a full renovation from 2008–18.

Since reopening to the public in 2018, the Cultural Foundation has been committed to presenting a cutting-edge visual arts programme of exhibitions, workshops and events. Spaces are also dedicated to community exhibitions for the artists, curators and collectives of the United Arab Emirates. A robust annual Art Residency programme attracts artists of the United Arab Emirates, who benefit from dedicated studio spaces and resources.

The Cultural Foundation showcases a world-class, contemporary performing arts programme in its renovated 900-seat theatre. It has also transformed its library to become the Abu Dhabi Children’s Library – a 5,250 square-metre facility designed as a life-size pop-up book, with immersive spaces, and in which the print and digital content of a library and the diverse landscapes of the United Arab Emirates are brought to life.

Al Marsam Al Hor offers a dynamic programme in artistic education, with a variety of classes and workshops for teenagers and adults of all skill levels. Bait Al Khatt (House of Calligraphy), meanwhile, is a new space which offers masterclasses in the intricate art of traditional Arabic calligraphy, led by Emirati calligrapher and artist Mohammed Mandi.

From its inception to the time of its renovation and beyond, the Cultural Foundation has remained true to fulfilling one of Sheikh Zayed bin Sultan Al Nahyan’s visions for the United Arab Emirates and its people – the bestowing of timeless culture. 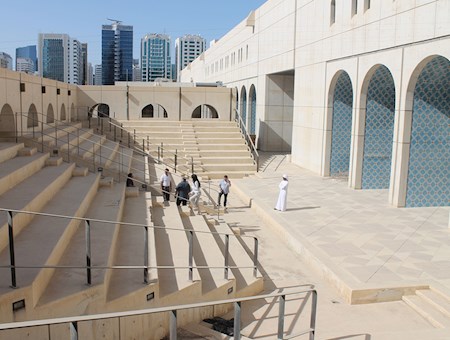 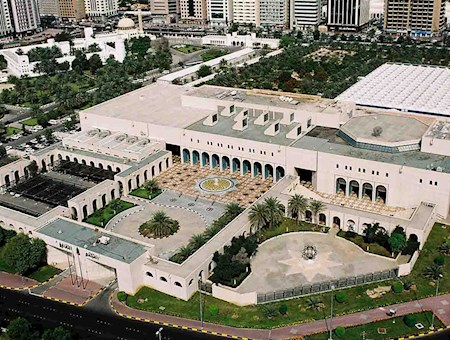 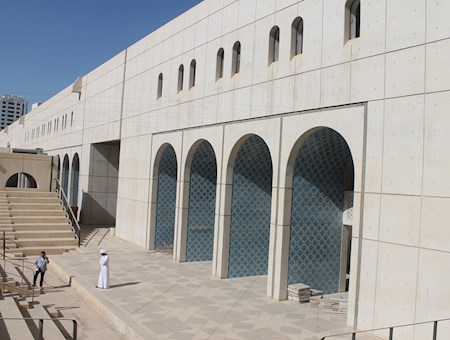 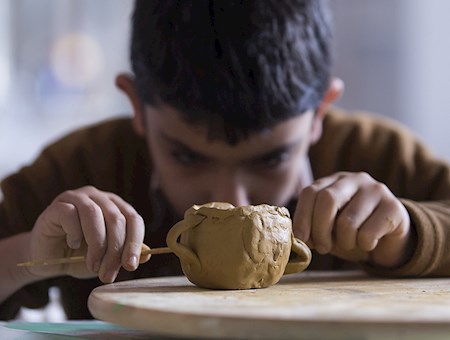