LISTEN TO THIS PAGE
Bait Al Oud in Abu Dhabi is dedicated to the preservation, study and teaching of the oud and other Arabic instruments
Founded in 2008, Bait Al Oud provides lessons and certificate-awarding courses in these instruments. Led by artistic director and oud legend Naseer Shamma, Bait Al Oud aims to preserve traditional Arabic music heritage and to nurture a new generation of professional musicians in the United Arab Emirates, well versed in the history and repertoire of music, vocals. Emirati choral and muwashahat.

In 2017, Bait Al Oud introduced rebabah classes to further its mission of safeguarding music heritage and to train the next generation of professional rebabah players. 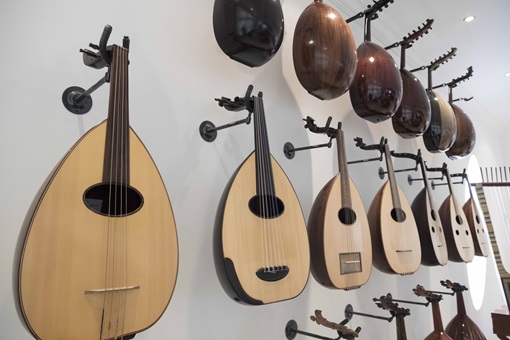 The story of the handcrafted instrument

The oud is one of mankind’s oldest stringed instruments, dating back to the Akkadian Empire (2350 BCE) in ancient Mesopotamia (modern-day Iraq). One of the greatest proponents of the oud was Ziryab (777–852 CE). He was the lead singer and musician at the court of Andalusia (modern-day Spain). He developed the instrument and spread its use from the Islamic world into Europe.

Bait Al Oud also teaches the skills and process of making an oud by hand. Based on the instrument’s classic form, ouds produced at Bait Al Oud are precision crafted to be 67 centimetres long and 36 cm wide at the sound box. The finest cedar and rosewood are used to make the oud. Each piece is then assessed for its ideal placement in the instrument. This gives a distinctive sound to the oud strings, especially for high notes and bass. The precise carving and selection of the wood helps to provide each instrument with the accurate tightness of the strings, allowing the musicians to tune the highest notes.

Formal study of the oud, qanun, cello and rebabah at Bait Al Oud lasts five semesters. A panel judges on the suitability of each student’s progression from one semester to the next. At the end of the course of study, each student takes part in a public concert with professional musicians. The student’s performance at the graduation concert is then judged by a jury, consisting of renowned masters of their instrument. Only after passing this final assessment is a student granted the Bait Al Oud Diploma, certifying their ability to start a career as a professional musician.

Bait Al Oud is inaugurated by Oud legend, Naseer Shamma, and training in Oud and Qanoon is introduced.

Arabic singing is added to the programme.

The workshop area and store undergo complete renovation. Cello, Rebabah and Emirati singing are added to the programme. 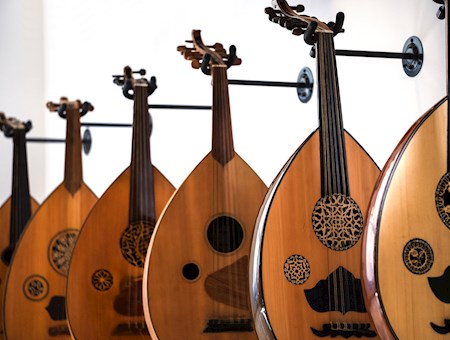 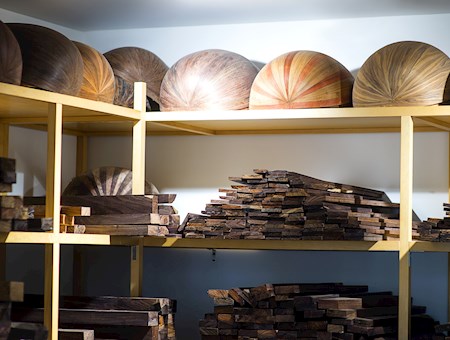 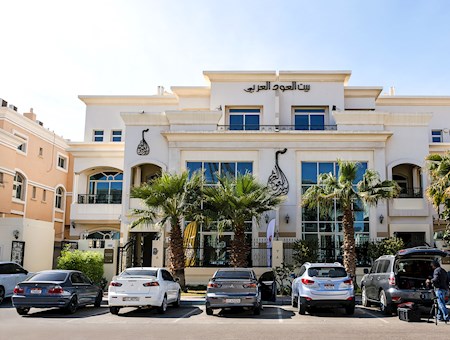 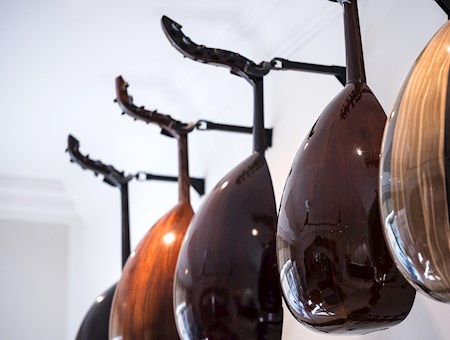