LISTEN TO THIS PAGE
In and around this oasis are not only hectares of palm and fruit trees, but also a 4,000-year-old tomb, and historic mosques, fortified houses and a market
Qattara Oasis is rich in history, with a 4,000-year-old tomb, ancient mosques and fortified houses. Nestled amid the attractive patchwork of date palms, fruit orchards and cool pathways are 19 historic earthen buildings dating from the mid-18th to the early 20th century. These buildings include a souq or traditional market. While the oasis has been farmed for at least 300 years, older signs of human habitation include a 14-metre long tomb to the east where excavations revealed a trove of ancient artefacts more than 3,000 years old.

The oasis and its haraat (the villages at the edge of oases) present a profile of the religious, domestic and trading activities of the area. In the former haraat there are a number of mosques; several residences (some featuring storage and living areas); three forts; the souq and numerous plantations, many of which are still operational. Qattara Tomb is located to the east of the oasis. This Bronze Age site dates from 2000-1000 BCE. Excavations revealed jewellery, including golden pendants, and a large cache of weapons, stone vessels and pottery.

Al Qattara Souq dates back to the 1930s. The original structure remains largely intact, although a limited restoration was undertaken in 1976. The souq comprises a corridor approximately 35 metres long with 19 shops arranged on either side of a central covered passageway. The building demonstrates the traditional construction techniques of the oases – thick mud walls with limited small openings for light and air. It was roofed with palm logs and palm mats and had mud plaster floors and walls.

The watchtower stands at the south-east corner of the oasis and was built by one of the families living there to protect the vital water source. The water for the oasis is supplied by a falaj irrigation system that brings water from the Hajar Mountains, located several kilometres to the east. 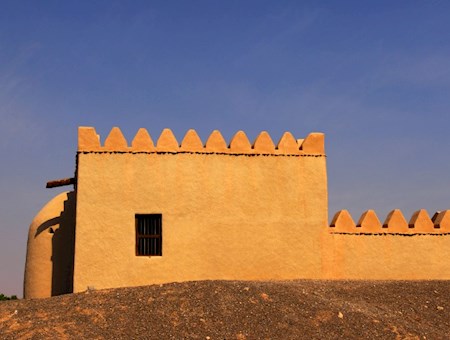 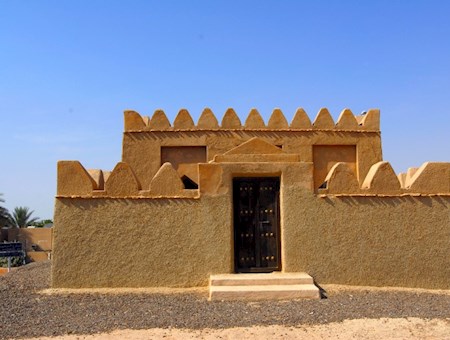 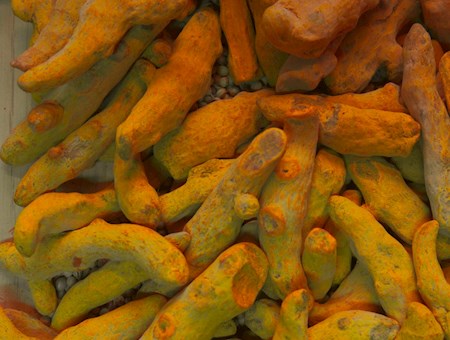 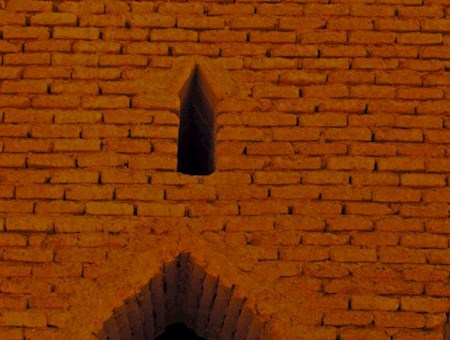 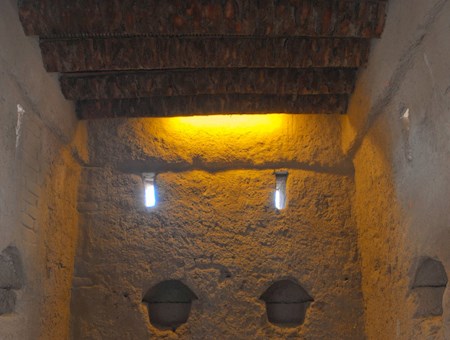 Nine of the 19 buildings in the oasis are mosques.