LISTEN TO THIS PAGE
Combining a lush palm oasis with indigenous trees, falaj irrigation and historic buildings, this oasis in Al Ain takes you back in time
Jimi Oasis is one of six oases which make up the oasis component of Cultural Sites of the Al Ain UNESCO World Heritage Site. Jimi Oasis contains more than a dozen historic earthen buildings – including mosques, fortified houses and watchtowers that speak to the agricultural and administrative importance of this historical oasis from the 18th century onwards. Jimi Oasis sits in a sunken basin that is divided into a series of palm gardens. Fruit trees and vegetables are grown in the shade of the palm canopy. In the past, fields around the outer edge of the oasis were used for winter cereal crops, and beyond that was a zone for animals to forage. Among the most important structures in the oasis is the late-19th century fortified residence of Sheikh Ahmad bin Hilal Al Dhaheri, the Representative of the late Sheikh Zayed bin Khalifa Al Nahyan, Zayed the First (r. 1855-1909) in Al Ain. The house provides a fine example of a residential fort built to protect the oasis, the falaj and farms and houses that fell under his jurisdiction. A nearby mosque reflects the simple design and construction that characterised the architecture of Al Ain at the time. Located to the south of Jimi Oasis is the round Jimi Watchtower, built by Sheikh Ahmad bin Hilal Al Dhaheri in the second half of the 19th century. The 14-metre tall tower protected the shariaa of the falaj, the point where the underground water supply comes to the surface and is accessible for public drinking and irrigation. 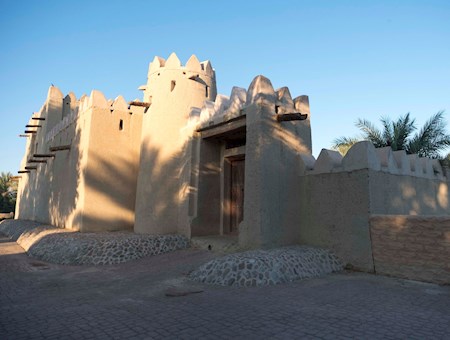 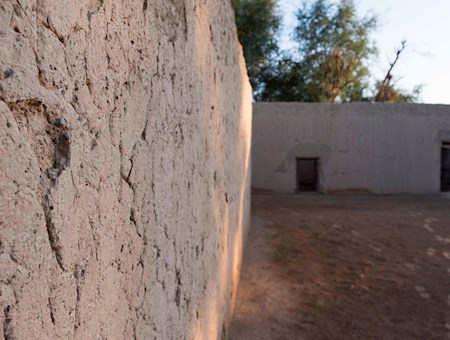 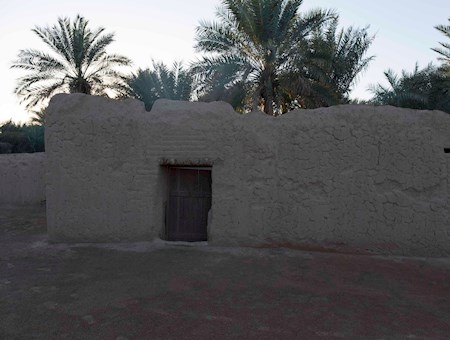 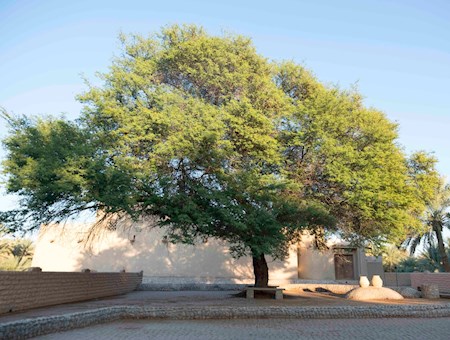 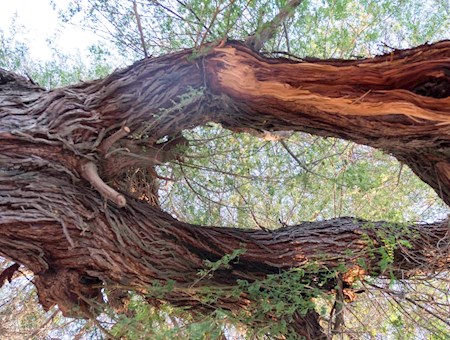 In addition to palm plantations, the oasis features large native trees, such as the Sidr (jujube) and the Ghaf, and other plants cultivated for their medicinal properties.