LISTEN TO THIS PAGE
Central to the religious and cultural life of the United Arab Emirates, Eid Al Adha and Eid Al Fitr are joyful times with special food, dances and traditions
Eid Al Fitr and Eid Al Adha are the two most important religious holidays in the United Arab Emirates. This reflects Islam’s central role in Emirati life and the important place these holidays play in reinforcing family and community ties.

Common to both holidays is the focus on visiting family to offer eid greetings, the importance of providing charity to the poor and needy, and the joyful festive spirit that includes special meals and the wearing of new clothes.

In the past, men would either buy a new Kandoora (a long, usually white, robe traditionally warn by Gulf Arab men), or dye one of their existing kandoora’s using walnut oil and cardamom. Women would dress in special eid clothes and prepare their hair with special perfumes and braids.
In the past and today, women and girls will apply henna to their hands, while children receive new clothes and small gifts, and celebrate with traditional games, singing and dancing.
Both holidays last at least three days and begin with early morning prayers on the morning of the first day. Another feature of the two holidays is that most majlises (reception halls hosted by prominent members of the community) will offer sweets, dates and other fruit, coffee and tea to visiting guests.
Among Bedouin and those living in rural areas, the eid holidays are celebrated in a more modest fashion, with the first day of eid beginning with a small snack of dates and milk. The men and boys would then gather for eid prayers, before returning home for an eid breakfast with the whole family.

This holiday, whose name is translated as “festival of the slaughter”, comes at the end of the annual Haj pilgrimage to Mecca and celebrates the faith of the prophet Ibrahim.
Traditionally, sheep, goats or cows are slaughtered, often with a group of neighbours or members of an extended family buying one animal whose meat is then shared. The meat also is distributed to family, friends and the needy in the community.

Eid al-Fitr celebrates the end of the Holy Month of Ramadan, during which Muslims fast throughout the day, from before sunrise until sunset.
Emirati housewives prepare for Eid al-Fitr by cleaning and arranging the house. In the past, on the first day of the eid, Bedouin men would shoot their guns in the air in an expression of joy. In the past, and also today, men perform popular traditional dances, including Al Razfah. 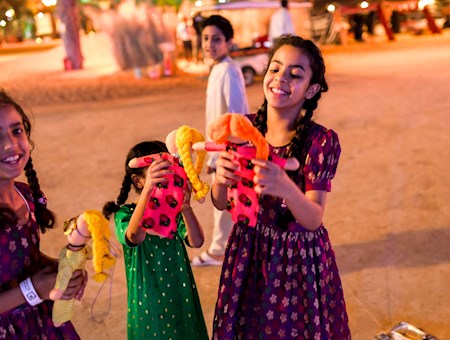 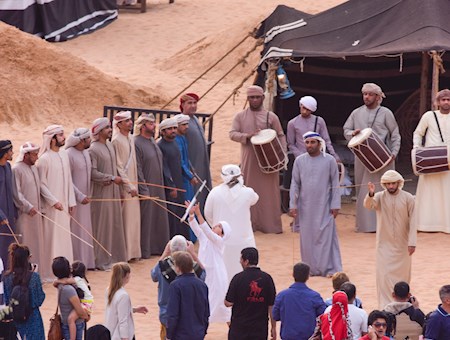 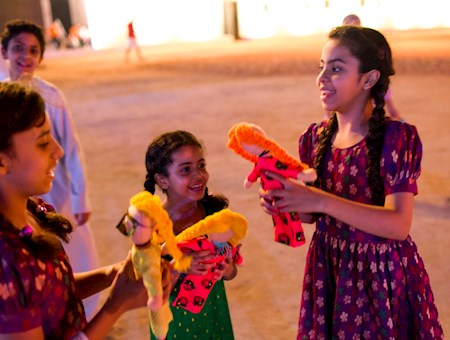 A common eid tradition that reflects the holiday spirit of joy is to give money to children in the family, as well as to the children of neighbours and friends. 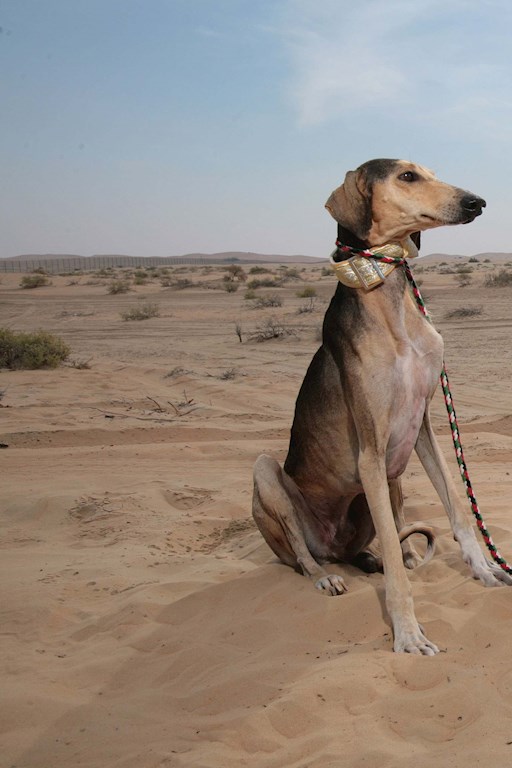 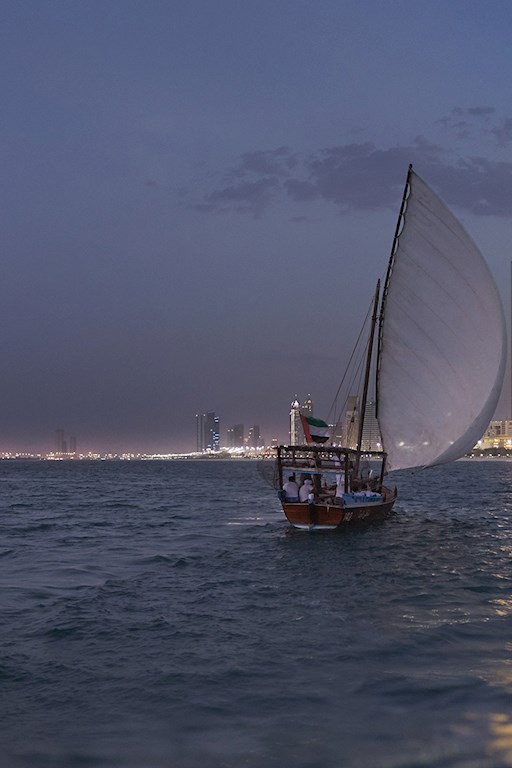