This archaeological site sheds light on the culture and lifestyle of the ancient inhabitants of the United Arab Emirates
Located off the coast of the emirate of Abu Dhabi, the island of Umm an-Nar features an archaeological site that has yielded significant finds, illuminating the culture and lifestyle of the Bronze Age inhabitants of the United Arab Emirates.
Between 2500 and 2000 BCE, this small island was home to a relatively large settlement that played an active role in regional commerce. Artefacts show that people on the island traded with civilisations as far away as ancient Mesopotamia (modern-day Iraq) and the Indus Valley Civilisation (modern-day Pakistan and India).

The island was first excavated in 1959 by a Danish archaeology team and contains important buildings and tombs of the Umm an-Nar culture. The cemetery comprises above-ground tombs, which are circular in shape and range in diameter from six to 12 metres. They are several metres high and are divided into chambers accessed through small entrances.
Each chamber was designed to contain several bodies, but the precise number is difficult to tell because of disturbances caused by grave robbers and the passage of time.
The tombs were constructed using dressed stones. Some of these original stones were used in the restoration of tombs during the 1970s. The ring walls of the larger buildings were sometimes decorated with carvings of oryx, oxen, snakes and camels.
Several buildings made from rough-cut stone were also excavated on Umm an-Nar island. These comprised houses and a warehouse. The latter was used to store and transport goods from the island to regions around the Arabian Gulf.

Archaeologists have recovered a number of objects from the settlement on the island, providing insight into the lives of these early people. Artefacts include jewellery, such as necklaces and a gold hairpin; copper weapons; and imported and local pottery decorated with elaborate designs. Bronze objects, such as fishing hooks, were also found. These were made from locally sourced copper that likely came from the mountains near the inland oasis of Al Ain.
Artefacts such as fishhooks and net sinkers illustrate the people’s dependence on the sea for food. Dugongs, also called ‘sea cows’, seem to have been a diet staple, and the hide and oil of these mammals were also used. Now a protected species, dugongs must once have been plentiful, since many of their bones were found at the site.
Umm an-Nar is not accessible to the public. 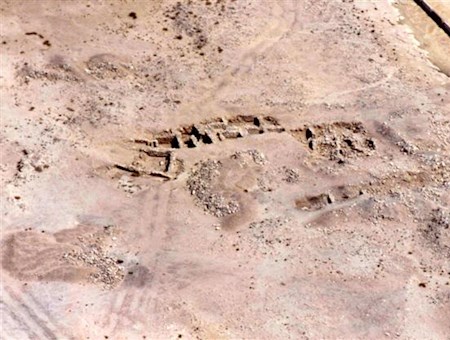 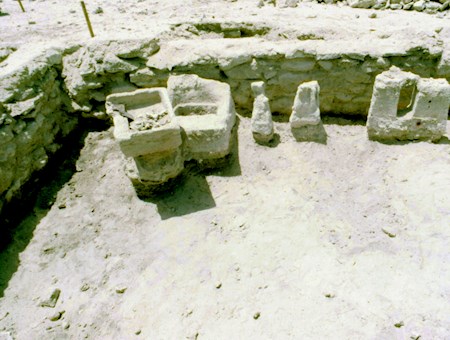 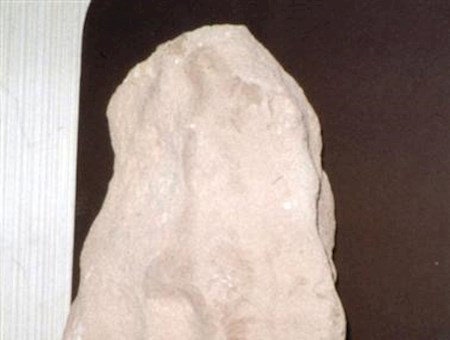 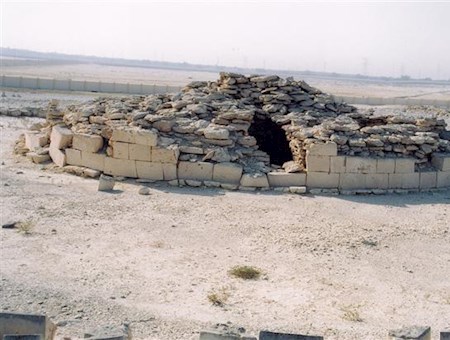 ‘Umm an-Nar culture’ is the academic term used for the civilisation in south-east Arabia that flourished between 2500 and 2000 BCE. 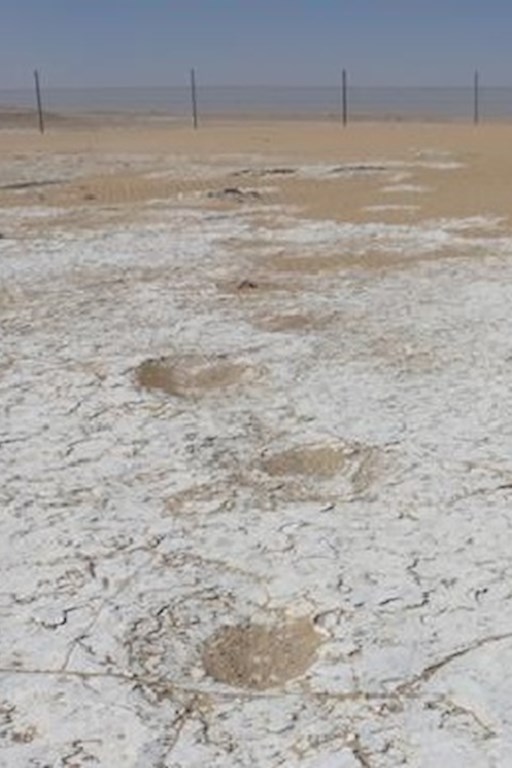