One of the best-preserved examples of its kind, the Mleisa Elephant Trackway sheds light on an ancient ancestor of today’s African and Asian elephants, that once lived in Abu Dhabi
The Mleisa Elephant Trackway at Mleisa Site 1 provides one of the best visual images of life during prehistoric times in the Al Dhafra Region of the emirate of Abu Dhabi. Hundreds of ancient elephant footprints — formed around seven million years ago — stretch out across a flat plain.

Scientists have determined that the rock containing the footprints dates from the Late Miocene Epoch (six to eight million years ago) and that it is part of the Baynunah Geological Formation.

The Mleisa Elephant Trackway greatly expands human understanding of these elephant ancestors, who lived in savannah grasslands that may have extended from East Africa across the Arabian Peninsula all the way to India.

By comparing the walking pattern of modern elephants to the fossil footprints of their predecessors, scientists have determined that the ancient animals were at least 20 per cent larger than their modern counterparts, with a shoulder height of three metres or more.

The excellent preservation of the Mleisa Elephant Trackway in Abu Dhabi provides the earliest known evidence of how these elephant ancestors interacted socially. It presents a unique example of animal behaviour, preserved in the fossil record.

Not only were the female and juvenile elephants herding, but a 260-m-long trackway of a solitary male at the same site indicates they also differentiated into solitary and social groups, just like elephants today. 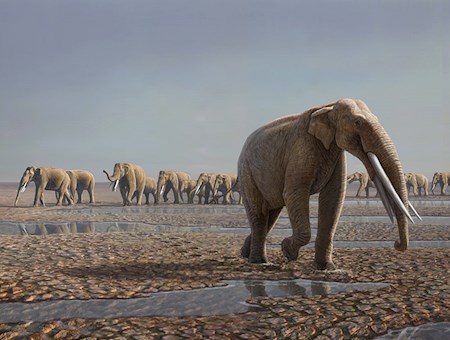 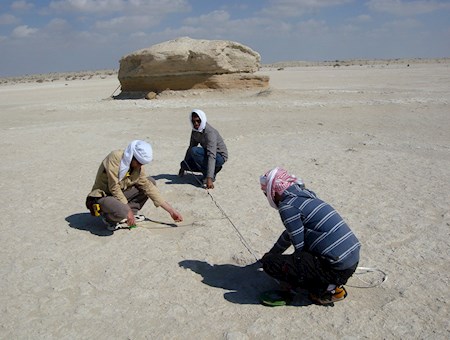 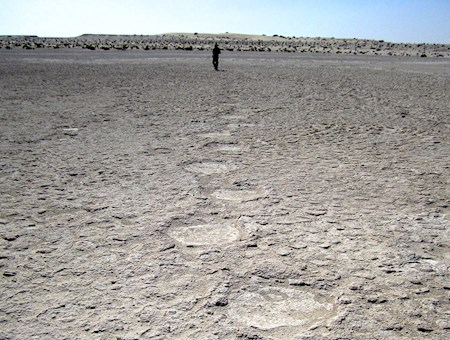 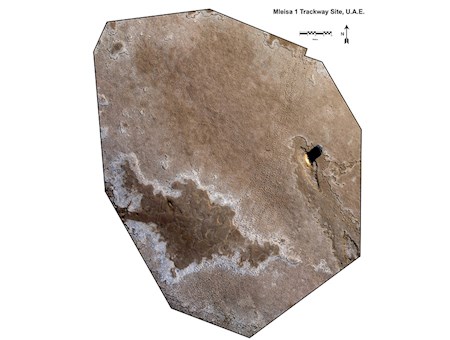 The Mleisa elephant footprints were the first of their kind to be discovered in the Arabian Peninsula. 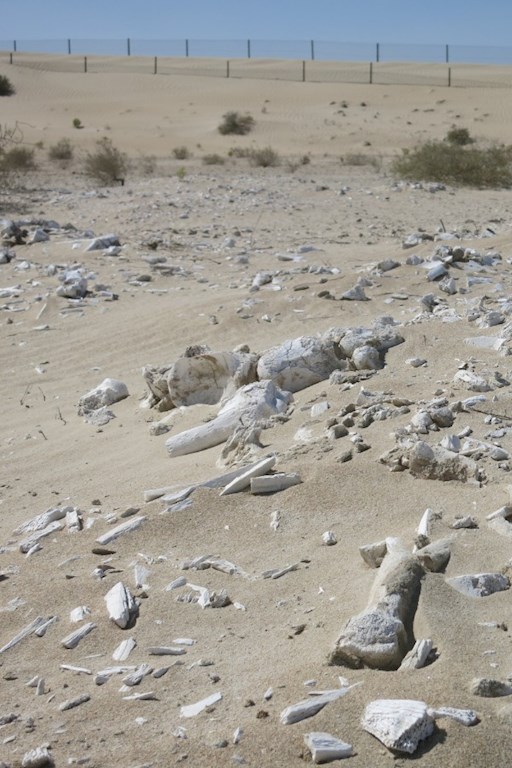