LISTEN TO THIS PAGE
The natural and archaeological wonders of Jebel Hafit Desert Park are evidence of the ancient history of the United Arab Emirates
Jebel Hafit Desert Park is part of one of the Cultural Sites of Al Ain which form the United Arab Emirates’ first UNESCO World Heritage Site. The park is part of the Hafit site, recognised by UNESCO for its Outstanding Universal Value, with its sites providing “exceptional testimony to the development of successive prehistoric cultures in a desert region, from the Neolithic to the Iron Age”. 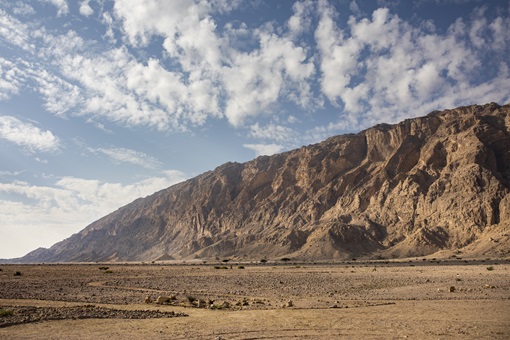 During most of the Neolithic Period (8000–4000 BCE), the Indian Ocean’s monsoon moved north and changed the climate in the region, bringing rain and occasionally forming lakes where there are now deserts. At that time, people were nomads and moved across the landscape with herds of sheep, cattle and goats. Jebel Hafit was an important location for them as it supplied hard rocks that could be made into tools and arrowheads.

At the start of the Bronze Age (3000 BCE), the local population still lived a nomadic pastoral life. However, Ttombs dotted around the mountain from this era and discoveries at the nearby Hili 8 site have produced important archaeological findings, revealing that people were starting to settle and practice agriculture in Al Ain.

The community grew wheat, barley and date palms, and kept animals like sheep, goats and cattle. During this time, trade with southern Mesopotamia became very important. The people of the region produced copper, which became a major export, and the beginnings of a local ceramics industry formed. The centre of the community in Al Ain seems to have been around Hili, where there were several large tombs and mudbrick forts, while the mountain of Jebel Hafit remained a focal point for activity through the millennia.

In the Iron Age (1300–300 BCE), falaj irrigation developed in the area and there was rapid human expansion. Jebel Hafit has revealed evidence of people reusing the Bronze Age tombs for burial, which seems to have been a common practice throughout the United Arab Emirates.

While there is little archaeological evidence for occupation in and around the park area in the centuries before and after the introduction of Islam to the United Arab Emirates, historical records mention a place called ‘Hafit’ as an important locale in this part of Arabia.

The village of Mezyad, in the southern area of Jebel Hafit Desert Park, emerged as a settlement in the 19th and 20th centuries. Archaeological remains of a kitchen and other buildings have been found south of Mezyad Fort, as well as evidence of a falaj running across the site, most likely supporting date palm agriculture.

The settlement around Mezyad expanded as the nearby town of Al Ain prospered. A number of important historic buildings were built to defend key approaches to Al Ain during this time. The fort at Mezyad is the largest of these and was built around the 1890s.

The fort has undergone several phases of alteration and additions, including the construction of towers. In more recent times, it served as a police border post between the United Arab Emirates and Oman. Now it is a striking reminder of the importance of Jebel Hafit as a strategic location in the Al Ain region.

The archaeological and historical remains at Jebel Hafit Desert Park are also an important reminder of the human occupation and activity in the area over the past 8,000 years. As the climate and the population shifted around the mountain, these remains are testimony to the changes in local, regional and global economics.

Continued archaeological research will reveal more evidence of the site’s unique history and will fill in many of the gaps which still remain in our understanding of these past millennia. 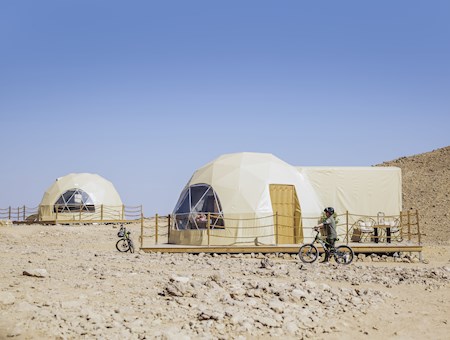 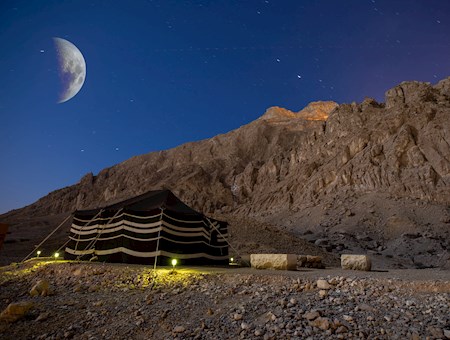 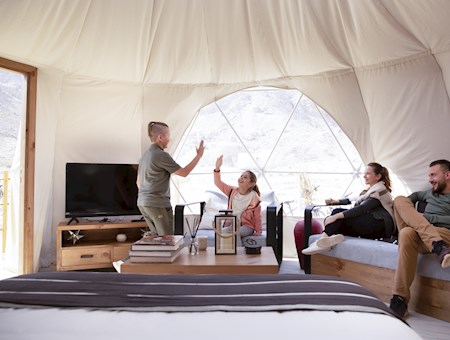 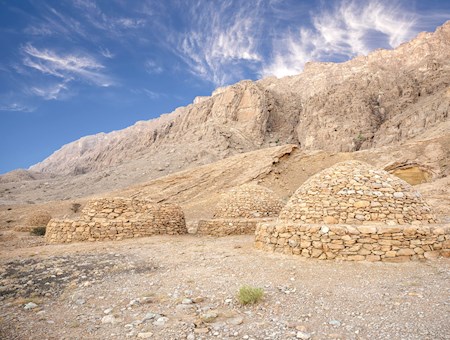 From 8000–4000 BCE, the climate across the United Arab Emirates was wetter. Lakes formed across the land due to the Indian Ocean monsoon moving north for several millennia, bringing rain to the United Arab Emirates and the region. The rainfall made the land more hospitable to life, leading to more wild animals, such as the gazelle and oryx, migrating to the area and making it home.