LISTEN TO THIS PAGE
Hundreds of stone beehive-shaped tombs at the base of Jebel Hafit tell a 5,000-year-old story of Al Ain’s early inhabitants.
About 5,000 years ago, in the shadow of the steeply rising 1,160-metre Jebel Hafit, the early inhabitants of the Al Ain Region chose its northern and eastern slopes for a series of tombs for their dead. Hundreds of tombs have since been found in this area, with artefacts revealing trade links with ancient Mesopotamia (modern-day Iraq), Iran and the Indus Valley (modern-day Pakistan and India).

These Bronze Age tombs were built over a 500 year period between 3000 and 2500 BCE, with the most prominent located in a necropolis along the eastern foothills. Other tombs have been found along the crests of prominent hills and ridges from Jebel Hafit towards Al Ain city, about 20 kilometres to the north. 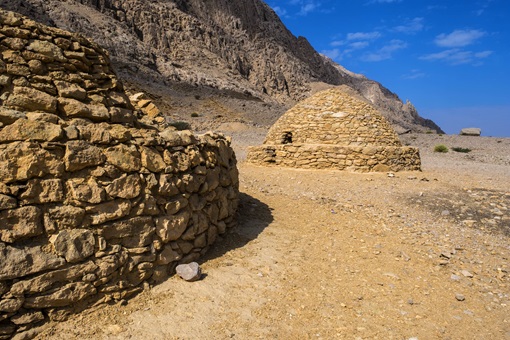 Each domed tomb comprises a single round or oval chamber about 2–3 m wide and constructed of uncut or rough-cut local rock. Ring walls encircle the chamber, rising to a height of 3–4 m. They slope inwards to meet to form a dome.

The Jebel Hafit tombs had narrow entrances and each contained the remains of between two and five people. This is in contrast to the later Umm an-Nar tombs in which hundreds of people were buried together.

The extent of trade with other, more distant, Bronze Age societies has been illustrated by the presence of imported Mesopotamian pottery. Archaeologists have also discovered beads, the most significant being small blue-green tubular beads, thought to have been imported. Another type of bead was made of local stone and was trapezoidal or square in shape.

Spearheads and daggers from the second millennium (2000–1000 BCE) were also found in the tombs and vessels made of soapstone, indicating that the tombs were reused. This reuse continued and became widespread during the Iron Age (1000–600 BCE). 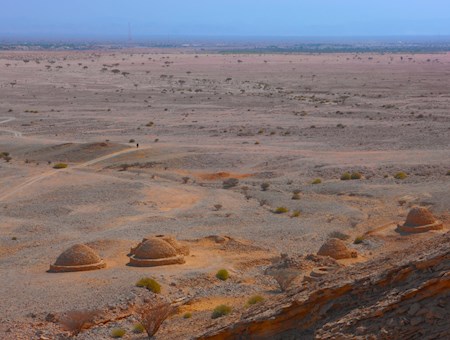 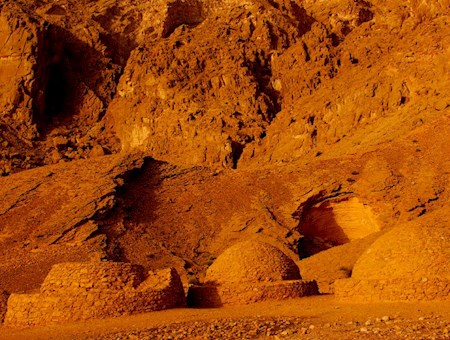 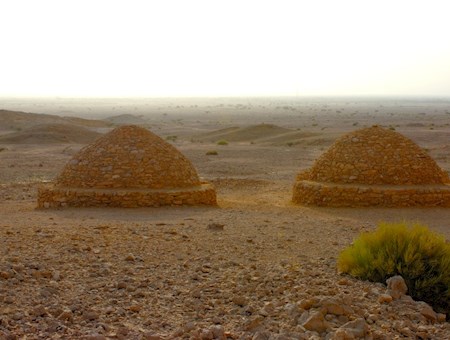 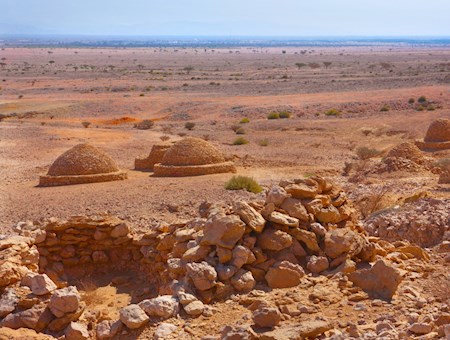 Because tombs of this period were first found at Jebel Hafit, the timeframe between 3000 and 2500 BCE is known as the ‘Hafit Period’ across the United Arab Emirates and Oman.