LISTEN TO THIS PAGE
This site offers a glimpse into Al Ain’s Bronze Age and Iron Age past through tombs, houses, strongholds and irrigation systems

The Hili Archaeological Site not only provides the earliest known evidence of an agricultural village in the United Arab Emirates, but also contains other Bronze Age (3000 BCE-1300 BCE) and Iron Age (1300 BCE-300 BCE) villages, burial grounds and agricultural infrastructure. The early agricultural village is located at Hili Site 8 and dates to 3000 BCE.
In the period between 2500 BCE and 2000 BCE, the settlement at Hili expanded. This period is called the ‘Umm an-Nar period’ after the island off the coast of Abu Dhabi where remains of this culture were first found.
The largest collection in the UAE of tombs and buildings from this period is located at Hili. A number of these Bronze Age structures are located within the Hili Archaeological Park and are open to the public.

One of the most dramatic buildings is the Grand Tomb at Hili. More than 4,000 years old, the structure is 12 metres in diameter and must originally have stood at least 4 metres tall. Restored in the mid-1970s, the building was left unroofed. However, it would have been roofed in antiquity.
Next to the Grand Tomb is Hili Site 1, once a tower built from mud brick that would have stood several metres high. Excavated in the 1960s by Danish archaeologists at the invitation of the late Sheikh Zayed bin Sultan Al Nahyan, it was found to have a thick circular wall, within which were several rooms, served by a well in the centre of the building. Only the foundations of this building remain today.
A similar structure, Hili 10, is located nearby and also has a well at its centre. Its 3-metre wide circular wall suggests that it was once a stronghold, perhaps controlling trade routes across the region. Other structures at the Hili site include a large round building surrounded by a moat dated to the period 3000 BCE to 2000 BCE.
The Hili area also features a falaj irrigation system, which used ground-level and underground water canals to bring water from the nearby mountains, and the remains of several villages, both from the Iron Age.

Several Iron Age villages also were excavated, including Hili Site 17, with at least three houses. Excavation at one of the five houses shows the village may have been involved in pottery production. The house walls were built of mud brick and still stand several metres high.
Another site, Hili 2, contains many houses with well-preserved walls, some standing 2 metres tall. Large storage jars found inside indicate a prosperous community possibly due to the presence of the nearby falaj irrigation system.
For more information on Hili Archaeological Site click here.

The earliest known example of an agricultural village flourishes at the Hili site.

The settlement at Hili expands during this period. A number of tombs and buildings, including the Grand Tomb, are constructed.

Several Iron Age villages thrive during this period. A number of houses in two villages are built and a falaj irrigation system is developed.

A mud brick tower built during the Bronze Age is excavated by Danish archaeologists at the invitation of the late Sheikh Zayed bin Sultan Al Nahyan.

Hili Archaeological Park opens, providing visitors access to some of the most interesting and important archaeological sites in the Hili area.

The Grand Tomb is restored. 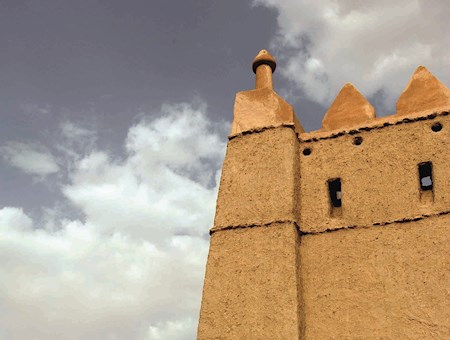 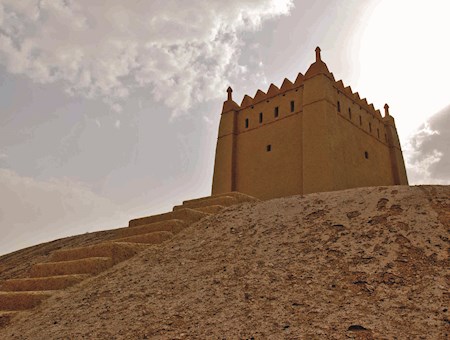 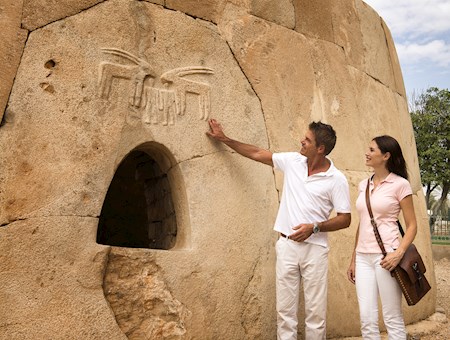 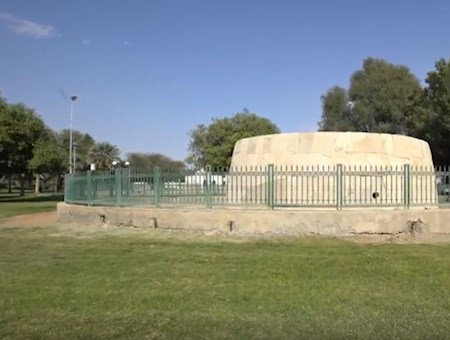 Hili Archaeological Park was established in 1969-1970 by the late Sheikh Zayed bin Sultan Al Nahyan to give visitors easy access to the excavated sites.