The Face of Tradition

LISTEN TO THIS PAGE
A handicraft passed down for generations, Al Burqa’a is a type of mask sewn of special fabric that provides modesty to women
In the United Arab Emirates, the Burqa’a is a traditional form of modesty for women. Handcrafted of delicate fabric and worn over the face, this accessory is traditionally worn by married women to distinguish married from unmarried women.

For generations, burqa’a artisans – called Quraizah Burqa’a – have earned a living from sewing burqa’as, a skill that has been passed down from Emirati mother to daughter.

The most important part of the burqa’a is the cloth lining, called Al Sheel or Kashf Al Mah’atta. It traditionally was imported from India, and varied by cost and quality. Red was the most expensive and was sought after by wealthy women. Yellow was less expensive and of a slightly lower quality. Green was the least expensive.
The quality of this lining material is a function of how lightweight it is and how well it absorbs sweat, essential to maintaining the lustre of the burqa’a.
‘Al Seif’ is a small piece of palm, bamboo or other local wood that serves as the bridge of the burqa’a over the nose.
‘Al Shubuq’ refers to the red wool or cotton string, or yellow or silver buttons used to tie the burqa together at the back of the head. For weddings and other special occasions, gold or silver thread is used for the al shubuq, instead of red thread.
Circles and stars made of gold are used to decorate a bride’s burqa’a.

The artisan begins with a square piece of the al sheel material that is big enough to cover the whole face. Then the al seif piece of wood is placed in the centre of the fabric, in the location of the nose, thereby making clear the proper location for the eye holes, which are then cut out.
The front of the burqa’a is then covered with cloth and the different pieces are sewn together. The embellishments using circles and stars are then sewn on.

The burqa’a has changed significantly over the years. Traditionally, the burqa’a was quite large and covered most of the face, and both old and young women wore the burqa’a throughout the day.
The materials used today are different, as are the styles, although this difference is most commonly seen in Burqa’as worn by younger women. Older women’s burqa’as look similar to those of the past.
Young women wearing burqa’as for special occasions use the burqa’a to highlight their beauty, which is completely different from how women in previous generations would have worn theirs. 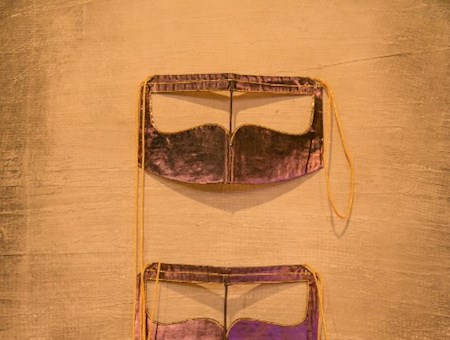 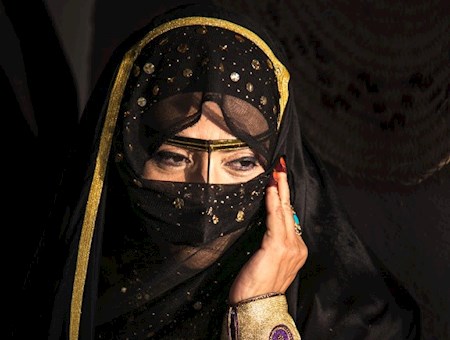 In order to accentuate the eyes, the rectangle openings for the eyes in burqa’as today are smaller than in the past. 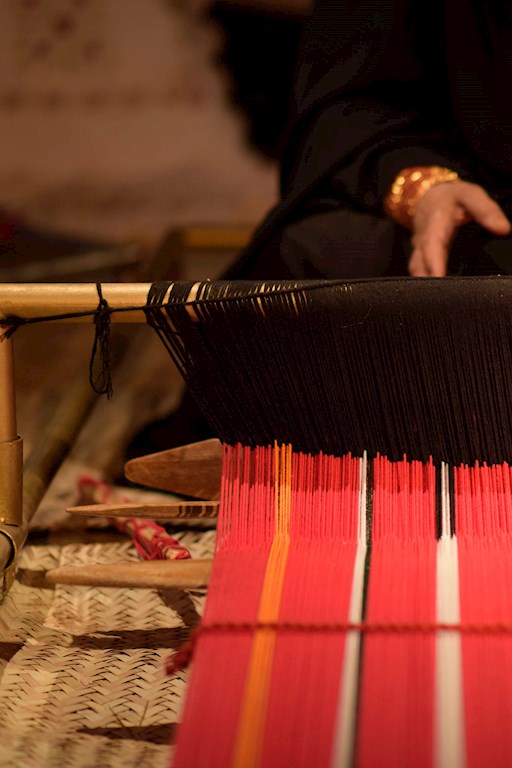 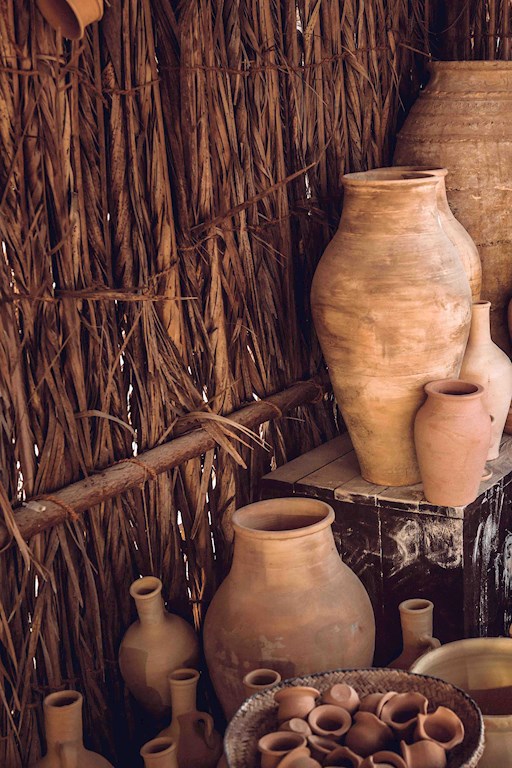 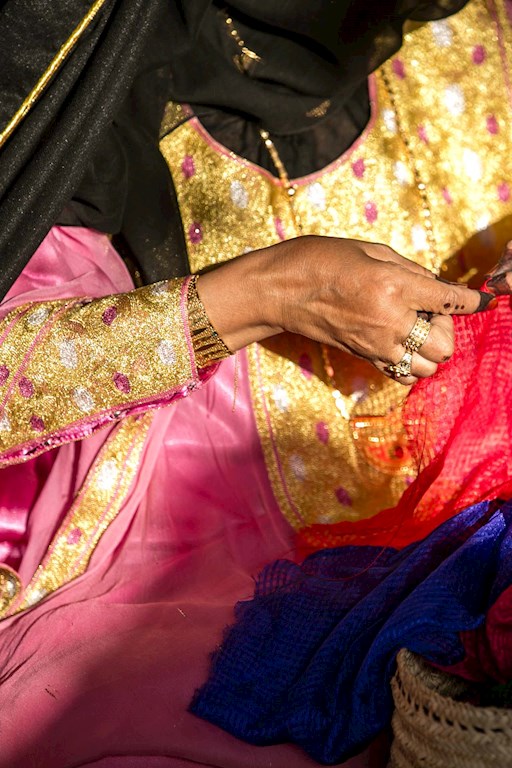