Mohammed Mandi graduated from the Arabic Calligraphy Improvement School in Cairo in 1977 and continued his training in the 1970s under renowned Turkish calligrapher, Hassan Chalabi. For four years, starting from 1982, he worked at the Ministry of Information, inscribing Sheikh Zayed bin Sultan Al Nahyan’s poetry. He has since become a leading calligrapher in the UAE. His designs can be found on passports in the UAE, Kuwait and Oman as well as on banknotes of the UAE, Bahrain and Syria. His solo exhibitions include: The UAE University’s Silver Jubilee (25th) Anniversary (2002); the Institut du Monde Arabe (Paris, 2001); Oman in the Eyes of an Artist (Salalah, Oman, 2001) and Barclays Bank (Abu Dhabi, 2000). Group exhibitions include: The Second International Forum of Islamic Calligraphy (Tehran, 2002); numerous appearances at the Abu Dhabi Cultural Foundation; The Magic of the Pen, Majlis Gallery (Dubai, 2000), among many others. 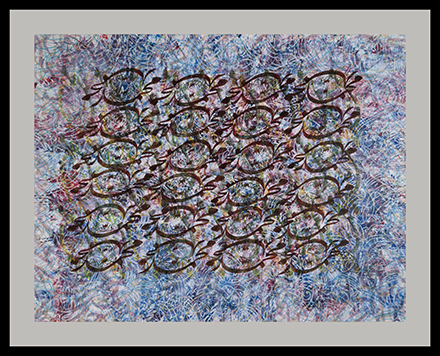 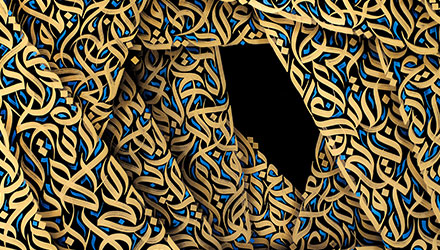