Qasr al Muwaiji is an impressive structure that has watched over the oasis for around 100 years. It was built in the early years of the 20th century in the time of Sheikh Zayed bin Khalifa the First by his son Sheikh Khalifa bin Zayed bin Khalifa. Throughout this time, it was a simple but striking building: a square enclosure with projecting corner towers and a grand entrance gate. It was used as a diwan (a council or seat of governance) and as a place for the community to congregate.

In 1946, Sheikh Zayed bin Sultan Al Nahyan was appointed Ruler’s Representative in Al Ain and moved to Qasr al Muwaiji. The palace became his diwan and his family home. His eldest son, HH Sheikh Khalifa bin Zayed Al Nahyan President of the UAE, was born at Qasr al Muwaiji two years later, and spent much of his youth there, learning from his father.

Qasr Al Muawiji and Al Muwaiji Oasis are key components of the UNESCO World Heritage Site of Al Ain which includes a number of archaeological sites, historic buildings, forts and watchtowers which are abundant around the oasis and villages on the outskirts of Al Ain city.

Qasr Al Muwaiji sets out the chronology of the members of Abu Dhabi’s ruling family with a connection to Qasr al Muwaiji. This impressive lineage stretches from Sheikh Zayed the First down to HH Sheikh Khalifa, and showcases the close and long-standing relationship between Qasr al Muwaiji and Abu Dhabi’s leaders 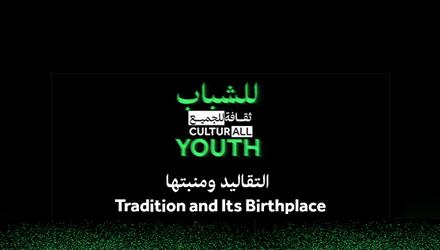 Tradition and Its Birthplace

This video will talk to students about the iconic Qasr Al Muwaiji, where many traditions were born. 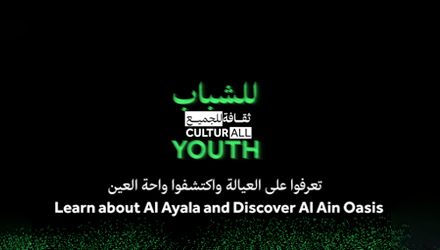 Learn about Al Ayala, a traditional performance art of the UAE and explore aspects of Al Ain Oasis through the eyes of experts and artists. Earthen Architecture in Al Ain: What is earth as building material

In this video, we introduce the properties of earth as building material and some of the major threats that these constructions face 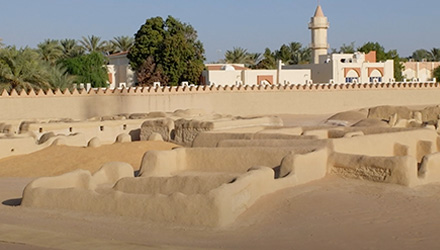 First in a series that talks about the capabilities and benefits of earthen architecture for our planet and its inhabitants. A Craft, A Place, and A Tradition

This video will introduce students to the history of Al Sadu, Al Ain Palace Museum, as well as the Emirati Majlis. 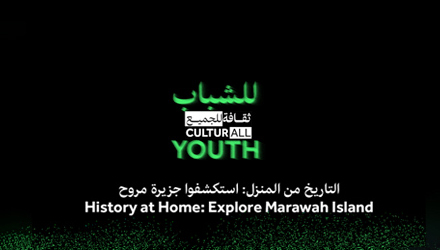 Discover what life was like on Marawah Island 8,000 years ago. 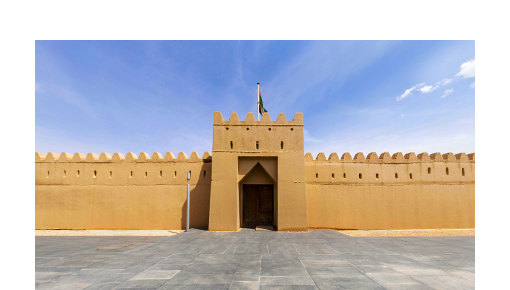 The Rulers’ Palace and Birthplace of HH Sheikh Khalifa bin Zayed Al Nahyan which was and still a meeting place for the community. A space in which to discover and create, bringing together the curious and the experienced. Take a 360° tour. At Jebel Hafit in Al Ain are tombs that reveal trade links with the ancient civilizations of Mesopotamia, Persia and the Indus Valley. Qasr Al Hosn has more than one story to tell, it is a place of many layers and secrets awaiting to be discovered. The oldest known mosque in the UAE

Artefacts discovered in the early Islamic town reveal evidence of trade to lands as far away as China. Qasr Al Muwaiji, fort of the Al Nahyan and birthplace of His Highness Sheikh Khalifa bin Zayed Al Nahyan, President of the UAE. Discover the significance of Qasr Al Hosn in Abu Dhabi’s development through this archival clip of the late Sheikh Zayed bin Sultan Al Nahyan, first President of the UAE and former Ruler of Abu Dhabi. Saeed Al Otaiba and his memories of Qasr Al Hosn close
back to abudhabiculture.ae Back